Alex Eala's parents slam PSC: 'We have not received cash grant from gov't yet'

Alex Eala's parents slam PSC: 'We have not received cash grant from gov't yet' 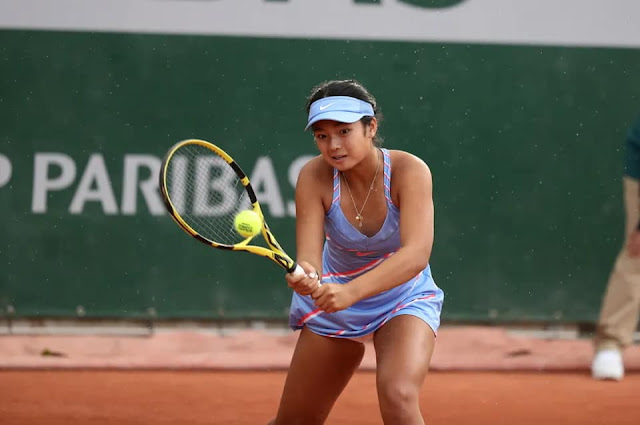 MANILA--Filipina rising teenage tennis star Alex Eala's parents took to social media on Saturday evening to call out the Philippine Sports Commission (PSC) after it claimed that it had provided monetary assistance to her trainings and tournaments following the former's successful stint at the 2020 Roland Garros in Paris, France this week.

Eala's father, Mike, aired out his grievances in a Facebook post saying that PSC has mentioned that they will support the young netter but they "have not received any amount yet."

"In the wake of a great run of Alex at Roland Garros, the French Open, it is sad to see that agencies claim to support athletes with millions of pesos in spite of not having not given a single centavo yet.

"Raising our kids in highly competitive tennis, we always teach them that the spirit of each sport is fair play. I think it’s safe to say that it should apply to individuals as well as agencies. Just to clarify, PSC has mentioned that they will support Alex, but we haven’t received any amount yet," the post said.

This comes after PSC congratulated Eala in a Facebook post, which has now been deleted from its page, and said that it had "approved P1.5 million assistance for her six international tournaments since January 2020 as requested by the Philippine Tennis Association from the PSC."

Rizza, Eala's mother and a former SEA Games bronze medalist in swimming, clarified in a separate post that they are "in fact trying to reimburse Alex’s travel expenses for Australian Open that happened last January" but are "being given around at the PSC."

"I kid you not, our documentation is two inches thick with receipts, boarding passes, etc. But we are asked to submit more and wait for different people to report for work... There was and is also no support in the form of a "two-month training in Europe, US, and other parts of the world.

"I have been a national athlete myself and have siblings who are national athletes too, on top of my kids always carrying the Philippine all over the world (at our personal expense) even without government financial support, so I do know what I am talking about. It is very unfair to say that we have received millions of pesos of support when we have not yet done," she added.

Dugout Philippines reached out to PSC and are waiting for their comments.

Eala's parents, meanwhile, declined to comment further on the matter.

On Friday, Eala's majestic run at the French Open came to a halt after she was defeated by hometown bet Elsa Jacquemot, 3-6, 2-6 at the juniors girls' singles semifinals although she already assured herself of a new career-high world ranking despite the loss.

Depending on the results of Saturday's final between Jacquemot and unseeded Russian Alina Charaeva, Eala could see herself become the world number one or two come Tuesday.

Apart from the singles competition, Eala also competed at the doubles' event along with her 2019 US Open partner American Elvina Kalieva but were booted out by eventual champions Eleonoa Alvisi and Lisa Pigato of Italy in the first round.

She made her pro circuit debut in Tunisia and March for her last tournament before eventually forced to a lengthy hiatus in Mallorca, Spain where she trains at the prestigious Rafa Nadal Academy due to the enforced lockdown worldwide due to the threats of the COVID-19 pandemic.