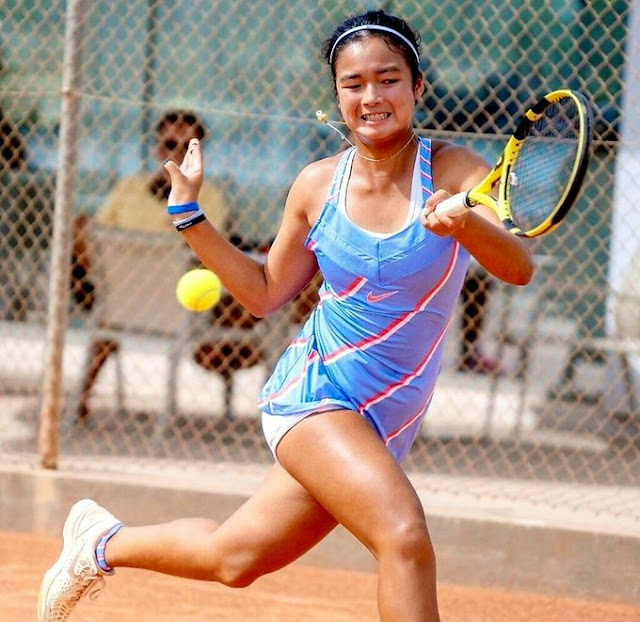 MANILA--Teenage tennis star Alex Eala needed more than just a rain delay to hack out a hard-fought 6-1, 5-7, 6-4 victory over unseeded German Mara Guth at the second round of the 2020 Roland Garros Juniors' Girls Singles competition in Paris, France on Monday night.

With the win, the 15-year-old second seed is now through to her second career third round appearance at a Slam event and will next face WTA world number 1,052 Leyre Romero Gormaz of Spain.

Eala opened things up with a nearly flawless performance in the opening salvo before Guth made things interesting in the second set by capitalizing on Eala's erratic performance from the service line, committing three of her five total double faults in that set alone.

After an hour of rain delay in the middle of the second and third set interrupted the match, Eala and Guth braced for an even tighter encounter by holding to each of their first four services, 4-4, before the Filipina went on a scoring barrage in the next two games, winning eight of the next nine points to seal the deal in two hours and 12 minutes.

Eala, who is also a Rafa Nadal Academy scholar, will take an off day on Tuesday for a busy day on Wednesday with her and American partner Elvina Kalieva making their debut at the Juniors' Girls Doubles event apart from her Round of 16 match against Gormaz.