Eala succumbs to Jacquemot, crashes out of Roland Garros

Eala succumbs to Jacquemot, crashes out of Roland Garros 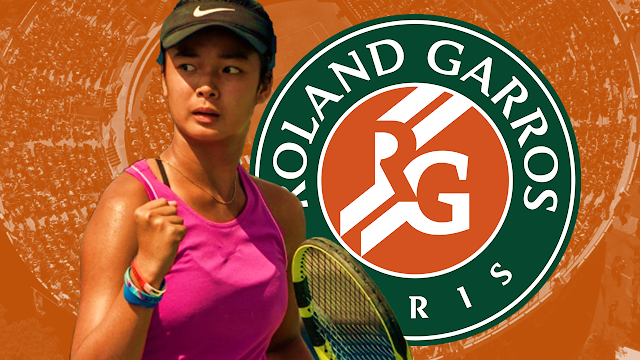 MANILA--The fight might be over but the dream continues.

Alex Eala yielded to a heart-breaking 3-6, 2-6 defeat against hometown hero Elsa Jacquemot of France and bowed out at the semifinals of the 2020 Roland Garros Juniors' Girls Singles competition at the Court 14 of Stade Roland Garros on Friday evening.

The 15-year-old wunderkind failed to sustain her hot start as she went awfully cold behind the service line along with the chilly conditions in Paris that recorded a temperature of as low as 15 degrees Celsius all throughout the match.

Eala held serve in each of her first two games in both sets but misfired from there as Jacquemot capitalized on her erratic performance and converted 56 percent of her receiving points.

Eala finished the match with two double faults and got broken six out of 10 times.

Despite the loss, the current ITF girls juniors' world number four made an impressive run in her second and final Grand Slam event this year after becoming the second Filipino juniors tennis player in history to reach a semifinal at any major tournament since Felix Barrientos did so in the 1985 Wimbledon.

Furthermore, Eala assured herself of a new career-high ranking in the juniors' table by reaching the Final Four and is still in the running to become the first Filipina tennis player to be ranked as world number one and the second Filipino juniors tennis player to ever do so since Manny Tolentino depending on the results of the championship match between Jacquemot and unseeded Russian Alina Charaeva, who is having a dream run herself after defeating three of the top 10 seeds to reach the final.

After a stunning upset win over 2020 Australian Open girls' singles champion and this year's title-favorite Victoria Jimenez Katsintseva, Charaeva have since been playing on another level, capped by her most recent victory against her compatriot and number four seed Polina Kudermetova in the other semifinal match, 6-7(5), 6-2, 7-5.

Should Charaeva win on Saturday, Eala will officially hold the number one ranking on Monday next week as Jacquemot still needs to defend the points that she earned after reaching the quarterfinals last year.

Meanwhile, aside from the singles event, Eala also played at the doubles competition along with her 2019 US Open partner Elvina Kalieva but they were booted out in the first round by eventual finalists Eleonora Alvisi and Lisa Pigato of Italy, 5-7, 6-2, 7-10.