You can earn through esports! Here's how

You can earn through esports! Here's how 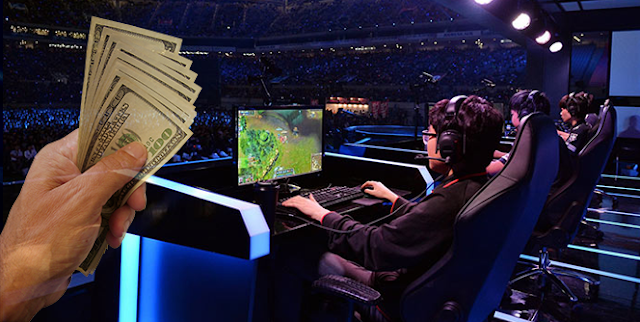 MANILA—Many of us dream of making money from playing video games competitively, but is it easy to monetise your gaming skills?

This is a question that has many of the gamers and video game enthusiasts wondering for long. Esports is no longer about friends hanging out in the basement playing video games during the weekend, but it has evolved into something much more.

In this article, we are going to look at the opportunities that are available for you to make money from playing video games competitively.

1. Create your esports team or better join one

In esports tournaments, you will seldom find leagues where players go head to head. Most of the tournaments involve some of the best teams around the world competing. The pro-gaming teams today use many different methods to make money. The most obvious one is to win the prize pool money.

Many major esports titles now hold multiple tournaments every year, combined these competitions have prize pools of over US$1 million.

There is additional support for pro-gaming teams, for example, in League of Legends, Riot has a condition that all NA LCS players are paid at least $75,000 + a bonus of 35% of the league’s revenue while they are under the contract.

If you have exceptional gaming skills, then you can become a professional esports player and have a highly rewarding career. Today, some universities help you get into the esports industry and we are not talking about just as a player.

That being said, becoming a pro-competitive gamer is not easy. The odds of you becoming a successful professional esports player is 1 in 10,000. You need to put in 8 to 10 hours per day to hone your skills as you will have to compete at a high level.

However, here we are more focused on making money with esports. When you do not have so many hours apart from your school or work to spare for improving your gaming skills, you can choose to still compete at lower or intermediate tournaments.

You may still be required to be a part of a team to enter some of the tournaments, but that is a story for another day. If you want to be picked by teams looking for skilled players you can focus on improving your rankings in competitions like ESEA’s S Rank in CSGO or the Challenger ladder of League of Legends.

As a pro gamer, you will be making money by winning esports tournaments, get financial aid from developers, and receive sponsorships from several brands.

Esports has become a phenomenal industry attracting millions of viewers to its tournaments and gaming sessions. It is only fair that it attracts the betting industry.

With esports betting, you can make some serious cash with your knowledge of the teams and players.

You can bet on live gaming sessions, popular competitive gaming tournaments and if you are a gamer yourself, you can participate in skins betting, where you wager on rare items you are during gameplay.

Video-game streaming has blown up alongside the esports industry is one can expect.

If you think you can do a better job at entertaining people online rather than playing at a competitive level, then you can make money by becoming a streamer.

Twitch is one of the best platforms to start video-game streaming.

However, the road to riches as a streamer is the tough one.You have to stream regularly and consistently build quality content to gain enough audience and viewership so that you can start making money.

The best thing about being a streamer is you do not necessarily have to play all the time.

There are hundreds of channels on Twitch and YouTube that earn by being esports journalists.

On average, the income of the streamer can be around US$3000 per month, while on Twitch this goes to over US$5000 per month.

We hope that we have shared enough options for anyone who is interested in making money with esports.