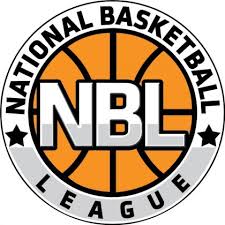 MANILA--Pampanga moved to within a win from clinching the NBL title after zapping La Union, 82-73, in Game 3 of the league finals at the Bren Z. Guiao Convention Center in San Fernando City, Pampanga on Monday night.

Two nights after getting stunned by the Paower in Game 2 of their best-of-five series, the Delta, who have an essential homecourt edge throughout the finals due to the NBL bubble, pulled away for good in the second quarter after holding their opponents to just 14 points in the said period.

Michael Juico exploded for 26 points on 7-of-10 field goals including a perfect 3-for-3 from beyond the arc with two rebounds and two assists for Pampanga, which is now up, 2-1, in the series.

Levi Hernandez added 16 points, on 7-of-12 shooting, five rebounds, and four assists off the bench.

CJ Gania, who was named the Most Valuable Player of the season earlier in the night, only had one point, five rebounds, one assist, one steal, and one block.

Gania was joined in the Mythical Five by teammate Encho Serrano, who was not available in the series due to his amateur status, La Union's Mitchelle Maynes, Paranaque's Salvador Galit, and CamSur's Jonathan Del Rosario

Maynes had his own post-individual award jitters too, only making five points on 1-for-9 shooting, but he had seven rebounds, one assist, and four blocks.

The Delta can clinch the championship on Wednesday night, when they meet again for Game 4 at the said arena.