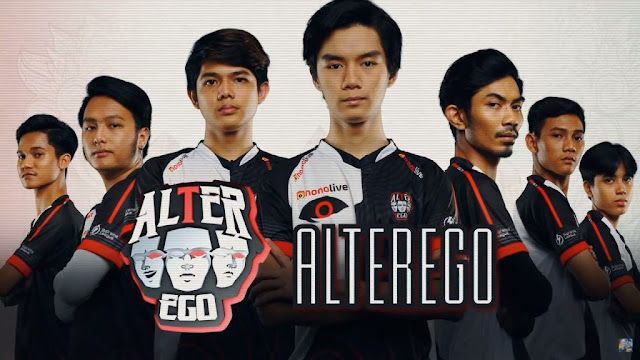 MANILA - Bren Esports fell short in their ONE Esports MPL Invitationals campaign as they suffer a sweep at the hands of eventual champions Alter Ego in the grand finals Sunday.

It was only the second series loss for the MPL-PH champions since the start of the tournament's sixth season, the first in the regular season against runners up Omega PH.

However, unlike the series against Omega PH, Bren met their match the hard way as the Indonesians dominated the Filipino team from the first game and never looked back.

Alter Ego started their series on a high note as they allowed only four kills for Bren while scoring 26 against the Filipinos, even without a pure tank hero with Silvanna acting as a setter for their cores.

Bren found themselves on the wrong side of things, with KarlTzy's Benedetta being a  non-factor the entire game with a poor 0/6/0 KDA, while the rest of the team scored only one kill.

AE's carry Celiboy was named the MVP with his Brody getting fourteen kills and three assists, while LeoMurphyy's Silvanna registered 2/0/13.

Celiboy's Brody remained the star of the show, with Alter Ego fielding a more balanced lineup with Jawhead acting as a tank, while Bren went for more durability with Lapu-lapu, Hilda, and Uranus at helm.

The Indonesian carry contributed 12 in 15 total kills for Alter Ego as they still made things hard for KarlTzy, while FlapTzy's lapu-Lapu getting a much better 2/4/1 performance.

Bren  drafted a more well-rounded team in paper with the double mage setup of Lunox and Valir along with FlapTzy's pseudo-tank Khaleed, while Alter Ego went for more damage, fielding a triple core of Claude, Wanwan, and Benedetta with Pharsa at support and Jawhead as a tank.

The lineup, though considered greedy, worked well for the Indonesians as they dominated Bren Esports while only allowing 16 deaths, mostly at LeoMurphyy, while Pheww took the most deaths with nine.

It was Udil's Pharsa who was named the game's MVP with his Pharsa getting four kills and a game-high 17 assists to take the crown for the MPL-ID runners up, completing their run without a single game lost.

Celiboy was named the tournament MVP with a total of 69 kills, 21 deaths, and 74 assists in 11 total games played.