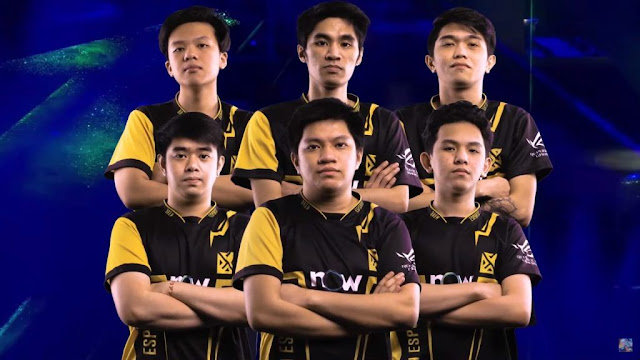 MANILA - Bren Esports proved their mantra #BrenLangMalakas in the big stage as they flip the switch for a reverse sweep against fellow Filipino side Aura PH in the quarterfinals of ONE Esports MPL Invitational on Saturday.

The "Tzy brothers," namely KarlTzy and FlapTzy, proved to be the keys for Bren's 2-1 series win, along with the return of Lusty in the pro scene after a two-month inactivity.

However, the road to the semifinals did not go as planned for the yellow and black as Aura executed their famed Diggie feeding strategy, but it was Jaypee who manned the hero instead of captain Rafflesia, who was in the sixth man role for the third time this tournament.

Aura pulled the victory in Game 1 despite having a 20-35 kill disadvantage against Bren, with Bennyqt's Alice getting a 5/1/5 KDA, but it was Jaypee's 3/30/15 KDA who stole the show.

Bren Esports pulled themselves together for a more convincing Game 2, which saw them dropping 24 kills against Aura PH from the get-go.

The MPL-PH champion's MVP KarlTzy proved his worth to the team after a surprise pull of the Claude did wonders for his team with a 5/4/12 performance, while capitalizing on Hadess' poor showing.

Aura eventually gave Bren more hard time in the third game, even outplaying KarlTzy in the mid-game, but the latter covered KarlTzy with a well-executed team effort that resulted in crucial wins over teamfights.

Ribo's Pharsa and FlapTzy's Lapu-lapu spelled doom for Aura, with the two combining for 17 of 26 total Bren kills while combining for 24 assists, but it was the younger FlapTzy who earned the MVP nod despite Greed's last-ditch efforts to  prolong the game.

Bren will take on Myanmar's champion Burmese Ghouls in the semifinals on Sunday, with the winner to face the winner of the series between Indonesian sides Geek Fam ID and Alter Ego.