Championship feels for Queen's Gambit after getting 1st PCAP win

Championship feels for Queen's Gambit after getting 1st PCAP win 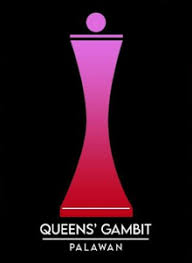 MANILA--Starting the season 0-6, the expectations continue to temper for everyone following Palawan in the PCAP All-Filipino Cup.

And then, the second half of the all-female squad's Wednesday night stint happened.

Finally flashing their dominant form, the Queens' Gambit ended their long wait for their breakthrough victory after blasting the Iriga Oragons, 17.5-3.5.

While Palawan faced a fellow struggling squad, Head Coach Susan Neri treated the victory as if they just pulled the biggest win of their lives.

While it is still a long way to go, she believes that the Gambit's win put them in a good position of not flunking out in the tournament.

She then recalled Team Owner Jorge Mitra telling them to "just enjoy the conference."

Neri also said that this victory was a remarkable feat for a club which was only formed during the PCAP Draft on Dec. 22, 2020.

But even before the team notched the win, Palawan was in celebratory mood at one point.

When Women's International Master Shania Mendoza, the Gambit's first round pick and 24th overall, pulled off the biggest Opening Night upset on Jan. 16 by beating Grandmaster Joey Antonio, the second overall pick of the draft by the Iloilo Kisela Knights, in their rapid showdown, the Gambit, despite eventually falling to the Kisela Knights as a whole, celebrated as if they actually clinched the series.

"We celebrate these small wins and achievements that we do individually and as a team," Neri further said.

As it turned out, the small "party" was a set up to a bigger celebration Palawan will do after getting the first team.