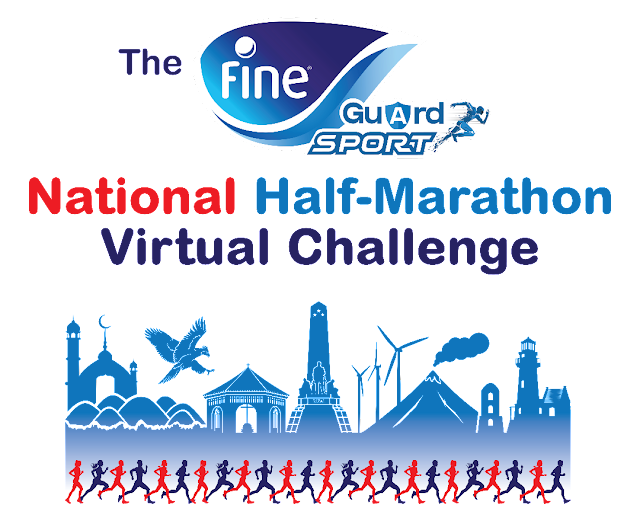 MANILA—As the nationwide COVID-19 protocols continue to ease up over time, some "weekend warriors" have gradually returned as well to their running habits.

To give them probably their first big endurance running test post-lockdown, the Philippine Athletics Track and Field Association, in partnership with Fine Guard Sport mask, will be staging a nationwide virtual half-marathon series during the final week of February.

"The Fine Guard Sport National Half-Marathon Virtual Challenge is a week-long virtual event conceived by the Philippine Athletics Track and Field Association in its effort to encourage the public to be physically active via running as the country navigates through the pandemic crisis," PATAFA described the event on Friday.

PATAFA president Philip Juico, in an online press conference the night before, added, "This is one way of adjusting to the conditions without neglecting the sport, and it's one way of restarting and rebooting the sport, or in this particular race, marathon."

Regarding the partnership with Fine Guard, PATAFA marketing and communications chief Edward Kho said, "It gives us a fair idea of how we get to partner with relevant brands not just for the sake of having sponsors or event partners."

Due to the limitations on who can actually go out amid the pandemic, the running series is only open to runners aged 18-59 years old.

They are required to finish a 21-kilometer racing course of their preference wherever they are on a single day within the period of Feb. 22-28.

The runners can even opt to do the virtual run on a treadmill provided that their treadmill workout must be equivalent to a 21-kilometer run.

Despite putting up a virtual run, PATAFA wants it to be as competitive as possible.

"The performance of the participants will be categorized according to three tiers," Kho added.

Runners who will finish the course within an hour and a half will be placed in the top tier, or the "gold league".

The next group, or the "silver league", will be for runners who will complete the run between one hour and 30 minutes and one hour and 59.

Those who need more than one hour and 59 minutes to run 21K will be put in the "bronze league".

The runners' performances will all be inputted in PATAFA's database.

With the uniqueness of the setup, however, Kho admitted that PATAFA may have to limit the number of participants to 500.

"Unlike a normal crowd gathering, this virtual event could be scaled in terms of the visual materials that we would be able to accumulate. If it's like more than 500, maraming tapon. Sayang," he further said, adding that the said number is "optimal" in terms of data gathering especially the pictures and videos tracking the participants' run.

Special prizes will be awarded to the runners with the most photogenic race course and with the most creative running getup, but to eligible for the awards, the runners should be wearing a Fine Guard Sport mask during their run.

Registration can be done here.