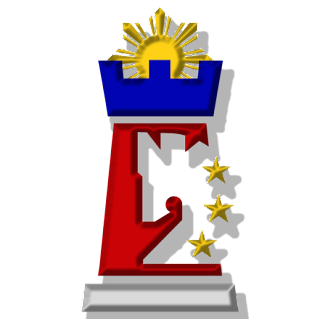 MANILA--All it took was a Southern Conference squad for Caloocan to finally be beaten in the PCAP All-Filipino Cup.

The Iloilo Kisela Knights put an end to the Loadmanna Knights' unbeaten run in the said tournament with an 11.5-9.5 win at the start of the inter-conference phase on Saturday night.

Bersamina pulled off arguably the night's biggest upset after beating Grandmaster Joey Antonio in their blitz match-up before settling for the draw in the rapid.

Garcia, on the other hand, took down Karl Ochoa in the rapid after both players agreed to draw their blitz match.

Iloilo, on the other hand, dominated Cagayan in their own Round 13 tie, 18-3.

Following tough losses from the Negros Kingsmen and the Camarines Soaring Eagles also during the night, the Kisela Knights found themselves at a triple tie again with their rivals at the top of the South standings at 11-2.

Despite acing their Round 12 matches against Antipolo and Olongapo, respectively, Camarines got walloped by San Juan in Round 13, 7-14, while Negros dropped a close one to Manila in their own tie, 10-11.

The Predators, who zapped the Zamboanga Sultans in Round 12, 15-6, tied the Loadmanna Knights at the top of the North standings at 12-1.

Meanwhile, Laguna nearly shut out Cebu City in another Round 12 contest with a 20-1 dominance.

The Heroes just dropped a point to the Machers following Lincoln Yap's blitz win against FIDE Master Jose Bagamasbad in Board 4.

Laguna (11-2) later pummeled Cordova, 16-5, to inch closer to Caloocan and San Juan in the race to the top of the North standings.