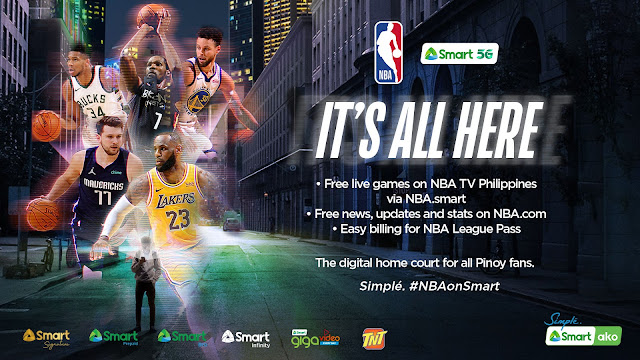 In addition, NBA.com/Philippines will offer localized content, including recaps and analysis from its roster of sports reporters and basketball personalities, as well as a weekly podcast titled “NBA Hype Squad,” which will feature discussions hosted by local influencers about the latest league news.

As part of Smart’s promotions, the network will provide its prepaid and postpaid subscribers access to editorial content on NBA.com/Philippines without incurring data charges.

“We’re excited to partner with Smart and relaunch NBA.com/Philippines as we continue to expand our digital footprint in the country,” said Ramez Sheikh, NBA Asia head of global content and media distribution. “Through our redesigned destination, fans will be able to connect with their favorite teams and players through instant access to NBA news and original content.”

“This is a huge milestone not only for Smart, but also for Filipino fans who now have a dedicated new platform to follow their idols, stay up-to-date on games, and engage with fans who share the same passion for hardcourt action,” said Smart president and CEO Alfredo Panlilio. “NBA.com/Philippines bolsters our line-up of NBA offerings for Smart subscribers, which embodies our “It’s all here” campaign tagline and reflects our commitment to bringing the world’s premier basketball league closer to fans nationwide.”