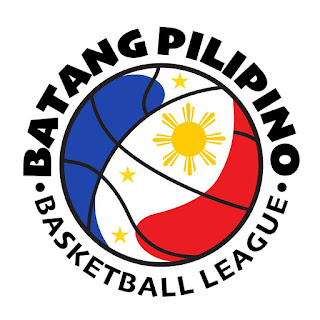 MANILA—The Philippine Sports Commission, Games and Amusements Board, and the Department of Health stood firm in their stand regarding holding of sporting events amid the COVID-19 pandemic.

"In line with the PSC-GAB-DOH JAO No. 2020-0001 and in accordance with the Omnibus Guidelines on the Implementation of the Community Quarantine in the Philippines released by the IATF-MEID, non-professional sporting events such as tournaments, competitive events, and athletic meets shall not be permitted," the three government agencies said in a joint statement on Monday.

Founded by Romeo Ebdane with well known youth basketball coach Ron Camara as the first commissioner, the BPBL looks to open shop as soon as amateur club sports events will be allowed to push through.

In fact, the league has already set up its debut tournament format with four age groups, the main event being the under-18 division.

The PSC, which is in charge of amateur sports, GAB, which oversees professional sports, and DOH have long been reiterating that all non-professional sports events can only resume once the COVID-19 vaccine arrives.

"Considering that an effective vaccine for COVID-19 has not yet been made available, it follows that the implementation of this Joint Administrative Order shall remain in effect, until and unless amended or revoked. Thus, PSC,GAB, and DOH shall continue to adhere to the provisions of this JAO to help the government's effort to curb the possible transmission of multiple COVID-19 variants, without compromising the welfare of our amateur and professional athletes and GAB-regulated sports associations whose livelihood largely depend on the conduct of professional sports competitions," the government groups further said.

The first batch of vaccines is expected to be delivered later this month.

A letter from the PSC, GAB, and DOH has been sent to the BPBL's office in Quezon City giving the new league 15 days to explain why it has already put up a backbone for its inaugural staging.

However, in a statement on Jan. 27, Camara said that the league will adhere with the government's orders.

Meanwhile, some senior club leagues not under GAB sanction are eyeing to push through with their games later this year.

The PSL actually got an approval from the IATF to push through with its beach volleyball event only that it was rescheduled from November last year to sometime this year due to stormy weather.

On the other hand, the MPBL has also sought the blessing from the IATF to finally put into closure its postponed Season 4 playoffs through a bubble.

Both leagues have chosen the Subic Bay metropolitan area as the venue of their events.