What is tagged as one of the deepest PBA Draft classes ever was trimmed down a bit as the league confirmed on Monday that 11 applicants were pulled out of the final list.

Seven Filipino-American players did not make the final cut after missing the Friday deadline to submit the necessary documents affirming their Filipino lineage.

The five players are projected to be selected within the first two regular rounds based on early mock drafts.

On the other hand, JJ Espanola, John Paul Zarco, Ezra Ocampo, and Neiloween De Jesus have backed out from the March 14 draft.

Despite the subtraction, the draft class remains loaded with the likes of Joshua Munzon, Jamie Malonzo, and Alvin Pasaol leading the way in the regular rounds.

Also to watch out are the four players placed to the special Gilas Pilipinas round, Jordan Heading, Tzaddy Rangel, Will Navarro, and Jaydee Tungcab. 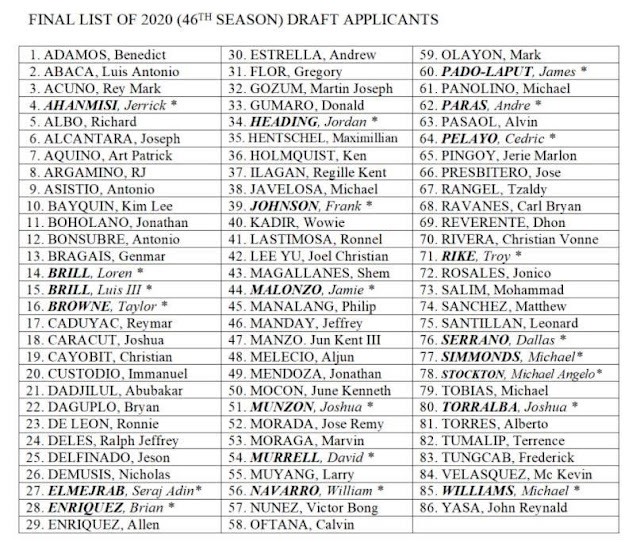