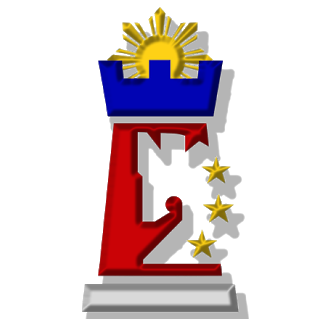 MANILA—Do not let the standings fool you as PCAP moves into the next phase of its inaugural tournament.

The officials of the world's first professional chess league and the players of some of the teams that made the All-Filipino Cup playoffs believe that no one is safe in the knockout phases even if the Northern Division teams look like they have the upper hand on paper.

At the end of the preliminary rounds, seven of the North teams have winning records, that is, their winning rate is at .500 or higher, as compared to only five in the South.

But come the win-or-go-home rounds starting on Wednesday night, it's anybody's game.

For Cordova homegrown player Francis Rivera, upsets should be expected.

"It's just one match [per round], so anything can happen in this game," Rivera said in an online press conference on Monday.

As an example, Antonio cited that his Kisela Knights edged the top three teams in the North during the inter-divisional play, the Laguna Heroes, San Juan Predators, and Caloocan Loadmanna Knights, which means the favorites tag might shift to the Kisela Knights if they make the final on April 3.

PCAP commissioner Paul Elauria added that even the other top South teams, Camarines and Negros, got wins too against Laguna, San Juan, and Caloocan.

"It's really a toss up between the North and the South," he said.

PCAP chairman Michael Chua chimed in and said, "Every team has a chance. Ang hirap mag-predict sa totoo lang. The seeding is there. The bracket is here. But personally, I think with the setup, anybody can win it."

Cordova, the eighth seed in the South, will take on top seeded Iloilo in the first round of the playoffs.

"If we (the homegrown players) can just hold a draw and win the middle boards (Boards 3 and 4), that's one of the factors that maybe we can win this match," Rivera added.

On the other hand, Sadorra's Indios Braves, the fourth seeds in the North, will take on the fifth seeded Rizal Towers, which made the Sweet 16 even if GM Eugene Torre, the number one pick in last year's draft, sat out the entire regular season.

The other North pairings have the Heroes facing off with the Antipolo Cobras, the Predators taking on the Pasig King Pirates, and the Loadmanna Knights battling the General Trias Spartans.

Over at the South, the Soaring Eagles lock horns with the Mindoro Tamaraws, the Kingsmen collide with the Lapu-Lapu Naki Warriors, and the Zamboanga Sultans take on the Toledo Trojans.