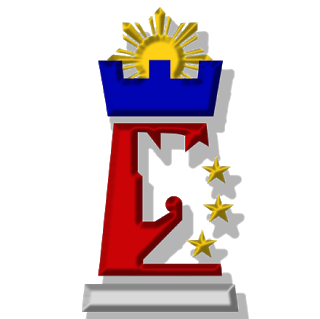 The Heroes booked the first seat in the North final after sweeping the Manila Indios Braves in their Armageddon matches.

At Board 1, Banjo Barcenilla took advantage of fellow grandmaster Ino Sadorra's recent struggles during "panic time" to take the win.

Going for an English Opening, Barcenilla, playing white, seemed to be actually settling for the draw against Sadorra, playing black, which would have given Sadorra the win based on the PCAP Armageddon rules.

But the one-minute handicap took a toll on Sadorra as Barcenilla quickly went for the time attack, leading to a huge blunder at Move 28, in which the former overlooked his threatened rook deep into the latter's territory and moved his king instead, giving the latter the chance to capture the rook.

After missing out on bringing his rook out of danger, Sadorra resigned after 30 moves.

At Board 2, AJ Literatus, despite only having his king and one pawn left with the black pieces, managed to force a draw against fellow FIDE Master Deniel Causo's white, giving the former the Armageddon win.

The other match saw GM John Paul Gomez just being three moves away from mating International Master Cris Ramayrat before the latter lost on time pressure.

The knockout games were forced after both teams split the two legs with Manila taking Set 1, 12-9, and Laguna bouncing back in Set 2, 13-8.

The Predators got a point in Board 1 after GM Oliver Barbosa, playing black, forced IM Paulo Bersamina to commit a stalemate.

The Loadmanna Knights got one back as Jem Garcia survived fellow IM Ricky De Guzman's time attack and forced the draw.

The Predators forced a second Armageddon after Arden Reyes checkmated fellow FM Nelson Villanueva in Board 3.

In the deciding Armageddon, Barbosa forced Villanueva to resign after 42 moves in the Queen's Pawn Opening Pseudo-Catalan Variation to put San Juan up front.

Garcia, however, checkmated De Guzman after 48 moves in the Torre Attack to get one back for Caloocan.

A wild finish, however, ensued between Bersamina and Reyes.

Way behind in pieces, Bersamina put up a gallant fight as he tried to beat Reyes in the time attack.

But Bersamina lost both his bishops through two crucial errors, letting Reyes escape.

Despite time running out on Reyes, Bersamina, who only had 0.8 second left in his clock, just got the draw with his king the remaining piece left, leading to the draw which would give Reyes, playing black, the decisive win.

Meanwhile, Iloilo survived a gallant stand from Toledo to book one of the two South final seats also on Saturday night.

The Trojans shocked the Kisela Knights in Set 1 after forcing an Armageddon through a 10.5-all tie.

However, internet problems decided the Armageddon as homegrown talent Ricky Natividad lost his connection just as he was about to stun National Master Giovanni Mejia.

GM Joey Antonio gave Iloilo the first point after beating Rogelio Enriquez, but Toledo got one back as Rommel Ganzon beat Karl Ochoa, leaving the Natividad-Mejia match to decide the set.

Natividad was ahead on pieces and was poised to launch a time attack on Mejia, but his internet suddenly lagged, letting his opponent survive.

The Kisela Knights left no room for error after beating the Trojans in Set 2, 15.5-5.5.

The division finals will take place on Wednesday night with Laguna battling San Juan in the North and Iloilo taking on Camarines in the South.

All the teams entered the playoffs as the top two seeds for each division.