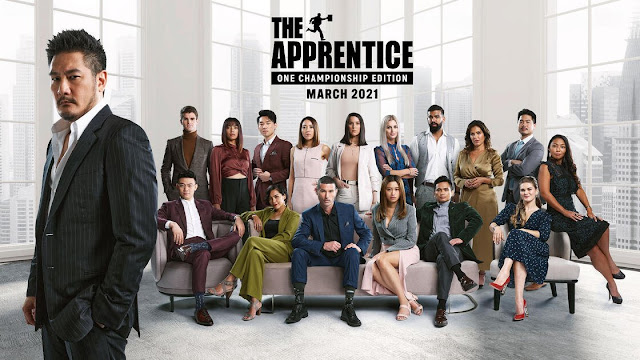 MANILA--Many mixed martial arts fans see Chatri Sityodtong as among the sport's trailblazers through his One Championship.

But who really is he behind the scenes?

According to the promotion's chief executive officer, at least some glimpses of his other side would be seen when the world world will finally see how he found the new addition to his front office through The Apprentice One Championship Edition.

"A few of my marketing folks were like, 'Chatri, you should be a nicer version of yourself' or whatever it is they advised. I thought about it and I’m like, 'No, I’m just going to be me.' They’re gonna see the good, bad and ugly," Sityodtong said during the online press launch of the reality show's new season on Wednesday.

While he might project himself to the public as a nice guy, he said that they would see how he gets upset when things are not going according to how he envisions it as witnessed by his staff.

But also, the fans would see how he is also a well loved leader within his promotion.

"They’re gonna see my compassionate and empathetic side, my soft heart,"  Sityodtong added.

He then insisted that all the emotions unleashed in the season were unscripted.

Two Filipinos, Lara Alvarez and Louie Sangalang, accepted the challenge along with 14 other business minded people from around the world to compete in The Apprentice's first ever global edition for a chance to become part of One's front office.

The Apprentice One Championship Edition was filmed in Singapore late last year, one of the first reality shows to push through with their productions amid the COVID-19 pandemic.

The Apprentice One Championship Edition will premiere on Thursday night at 9 p.m. on cable channel AXN with a Philippine free television premiere broadcast on Saturday night at 11 p.m. on TV5.

The season will be aired locally every Monday at 9 p.m. on One Sports.