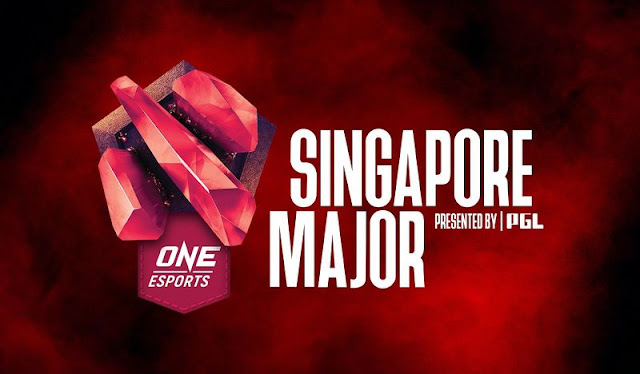 MANILA--Neon Esports, the hottest Filipino DOTA 2 team right now, continued their strong push in the Singapore Major after beating Chinese side Vici, 2-1, in the second round of the lower bracket playoffs on Friday night.

Neon recovered from a Game 1 loss to eliminate Vici from the One Championship Esports organized event.

While Neon looked to be holding on early into the match, a 34th minute clash at the Roshan area sparked Vici's endgame push as Yang Shaohan's Juggernaut got three kills.

With Yang holding an Aegis for his Juggernaut, Vici went all in on a middle lane push that Neon failed to contain, forcing the latter to call the game after a little over 37 minutes.

Neon bounced back in Game 2 as their core lineup of Ong's Nature's Prophet, Erin Ferrer's Puck, and stand-in Yang Hu Weng's Timbersaw was just too much even as Vici's gamble of letting offlaner Ren Yangwei play his Alchemist as a jungler failed miserably.

Neon brought the Puck-NP combo back in the decider this time with Yang playing NP, and Ferrer took over in Game 3 as his Puck went 13-0 and the entire Vici squad was overpowered after just 29 minutes.

Neon, which also has support players Prieme Maque and Jaunuel Arcilla in the team, is now assured of a Top 6 finish, which earned them at least US$25,000 (about PHP1.2 million) and 300 DOTA Pro Circuit points.

Neon will next face Team Secret on Saturday.

Secret was sent down to the lower bracket earlier Friday after losing to LGD, 1-2, in the upper bracket semifinals.

Vici, on the other hand, will go home at joint seventh place with Virtus Pro, which was swept by Thunder Predator, 0-2, in their own Lower Bracket Round 2 affair later in the night.