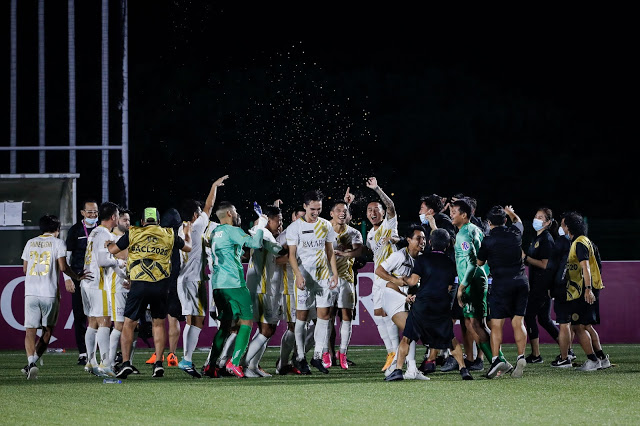 MANILA--Reigning PFL champion United City has decided to hold a training camp in Dubai ahead of its breakthrough stint in the AFC Champions League group stages.

The decision was made as the PFL clubs have yet to begin training due to a strict general community quarantine imposed in Metro Manila.

"We are not able to gather as a team in Manila so we are left with no option other than training elsewhere," club CEO Eric Gottschalk said on Thursday night.

United City is scheduled to convene as a whole "around 30th of May."

Longtime skipper Stephan Schrock and Mark Hartmann, according to the club, will follow suit after they finish their national team duties in Suzhou, China for the FIFA World Cup Qualifiers.

This hints that Hartmann may have been called up for the Azkals' upcoming training camp in Doha.

Azkals head coach Scott Cooper said that Schrock is a cinch for the national team along with Birmingham netminder Neil Etheridge.

Meanwhile, Gottschalk believes that Dubai is a great venue to hold a training camp for his club.

"We believe Dubai, with its world class training facilities, is the ideal location of the optimal preparation for our historic AFC campaign," Gottschalk said.