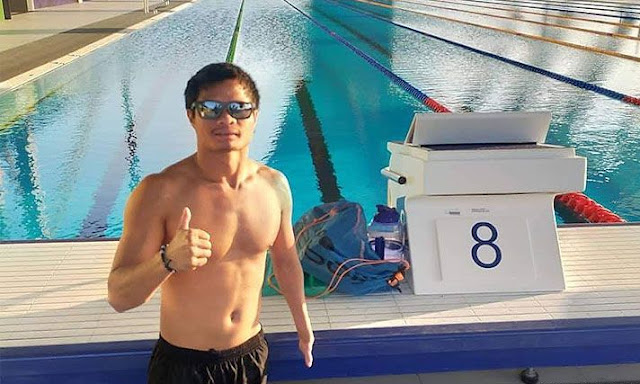 MANILA--Ernie Gawilan took the sixth spot in the men's 400-meter freestyle S7 final of the Tokyo Paralympics following a strong finish to his swim on Sunday at the Tokyo Aquatic Centre.

Gawilan clocked in at four minutes and 56.24 seconds, better than his preliminary swim earlier Sunday at 4:58.58.

Gawilan started the race slow and was seventh out of the eight finalists halfway through.

However, he turned on the jets in the final 150 meters to eventually overtake Singapore's Toh Wei Soong, who could not sustain a strong start that actually put him in medal contention 100 meters in.

Despite the solid finale, Gawilan still fell short of a medal as Israel's Mark Malyar won the gold, Andrii Trusov of Ukraine took the silver, and the United States' Evan Austin grabbed the bronze.

Malyar broke the world record he himself set two years ago after topping the race at 4:31.06, two seconds faster than the old one at 4:33.64.

Malyar was way ahead of the pack as Trusov was behind him by 4.5 seconds and Austin was nearly eight seconds slower.

Gawilan will see action again in Heat 2 of the 100-meter backstroke S7 preliminaries on Monday at 8:03 a.m. (Philippine Time).