Scot Open: Saso struggles in Round 2, slips to joint 5th

Scot Open: Saso struggles in Round 2, slips to joint 5th 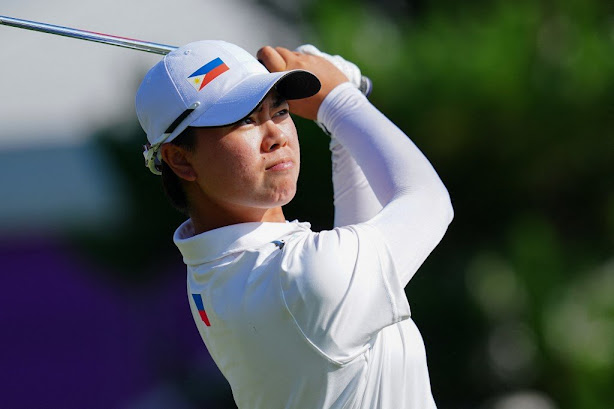 Yuka Saso watches her 10th tee attempt in the third round of her 2020 Tokyo Olympics stint. AFP

Saso slightly slumped in her 2021 Trust Golf Women's Scottish Open second round campaign, notching an even-par 72 to slide at joint fifth place at the Dumbarnie Golf Links in Fife, Scotland.

The world's eighth-ranked golfer began her run ice-cold with erroneous hits, and never rebounded despite a strong back nine, slipping three seats down her second-place first-round finish and sharing her current spot with five other golfers by halting at five-under-par 139 aggregate.

Even with her rough outing, she continued to remain within striking distance for $1,500,000 prize money as she trailed on clubhouse leader Ariya Jutanugarn by four strokes.

Right off the bat, the Tokyo Olympian struggled to find her groove when she bogeyed three front-nine holes that repulsed a par-5 seventh-hole birdie.

And her mishaps just didn't end there.

Though she nailed error-equalizing birdies on holes 10 and 11 to even up going into the endgame, the five-foot-five committed a no. 16 bogey which delayed her potential late fightback chances.

While the 2018 Asian Games dual golden winner quickly recovered with a 17th-hole birdie, it fell short upon a closing hole par, leaving her on a scoring standstill as time expired.

On the other hand, Jutanugarn clicked her ballistic firing in crunch period by nabbing five of her seven second-canto birdies in the back nine to occupy the top podium after a somewhat sloppy premiere.