UP coaching job a dream-come-true for Goldwyn Monteverde

UP coaching job a dream-come-true for Goldwyn Monteverde 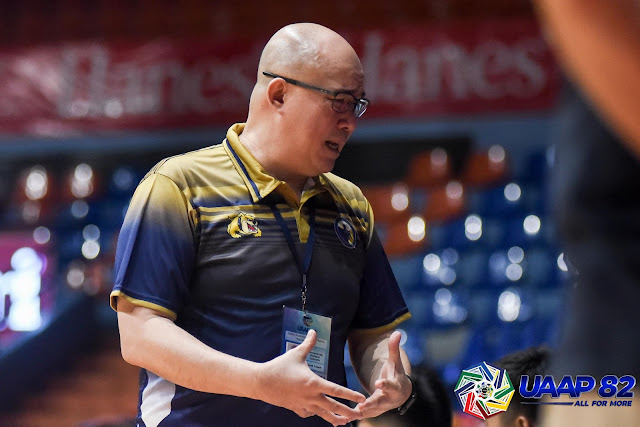 MANILA--Goldwyn Monteverde has been one of the most successful coaches in the high school basketball ranks.

However, he admitted that he thought of whether he can sustain the success he had in juniors level to the seniors.

Although he already coached at an even higher level, taking charge of the Batangas City Athletics for the first half of the past MPBL season, getting appointed as the new head coach of the UP Fighting Maroons was a fulfillment of a dream for Monteverde.

"It has been my dream to coach at the college level after years of success at the juniors level," Monteverde said on Wednesday.

Now that his dream has come true, Monteverde is now cherishing his new job.

"I am very grateful and deeply honored for my recent appointment as the new UPMBT (UP men's basketball team) head coach," he said upon formally accepting his new role.

Monteverde will be inheriting the Fighting Maroons coaching post from Bo Perasol, who completed their turnaround from a team crashing to the bottom of the UAAP standings to championship contenders in just four seasons.

Monteverde, however, will be spearheading a rebuild with some of UP's key players last decade like Paul Desiderio and the Gomez De Liano Brothers turning pro, making the task of keeping the team in title contention a huge responsibility.

"Let me assure UP officials and the UP community that I accept this big responsibility mindful of the great expectations from the community and I commit to working even harder to achieve our common dreams," Monteverde vowed. "I now share the maroon pride and I hope to add my contribution to UP's tradition of honor and excellence."