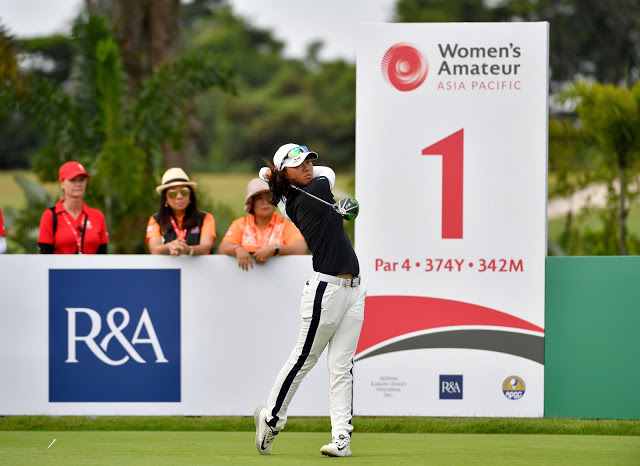 TOKYO--Yuka Saso found her touch on Friday, scoring a four-under-par 67 in the third round to move up the leaderboard in the women's golf competition of the 2020 Tokyo Olympics at the Kasumigaseki Country Club.

Saso, 20, showed a glimpse of the form that won her a historic US Women's Open title as she rolled in five birdies including in her last two - on the 8th and 9th holes after she teed off in the back nine - against a lone bogey on the 10th.

The birdie-birdie finish enabled Saso to move up from joint 34th at the start of the day to a tie for 20th place on a four-under 209 with one round left to play in the Fil-Japanese ace's maiden appearance in the Olympics.

The 2018 Asian Games double gold winner, however, remained 11 shots off the fiery pace set by American Nelly Korda, who followed a 62 with a 69 and still remained three shots clear of the field on a 15-under 198 total.

The Philippines' other bet, Bianca Pagdanganan, blew a hot start with two double bogeys and a bogey in a sloppy back nine and settled for a second straight 71 - good for a share of 29th place with two others at 211.

The 23-year old Pagdanganan got as low as five-under after three birdies in her first 10 holes, but a combination of bad shots and bad breaks got her coming in.