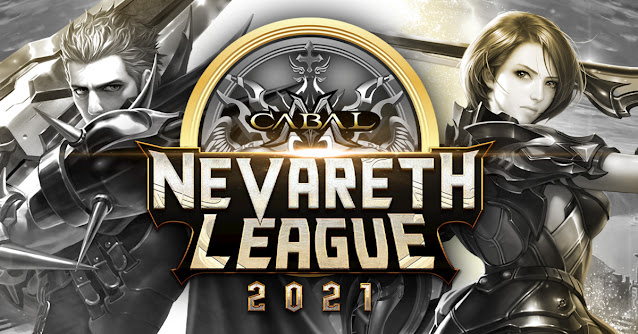 But in the Philippines, it's happening.

Cabal Online, through its mobile app arm Cabal Mobile, will be holding an esports tournament spanning through the expanded Christmas season.

Cabal Mobile has launched the Nevareth League, a tournament series that would pit some of the best guilds in the mobile game.

"At its core, the Nevareth League 2021 is composed of three stages and is open to all Cabal Mobile guilds," CM Auburn, one of the game's community managers, said during the virtual press launch on Tuesday.

However, the guilds must have reached Guild Level 4 and that all of their members have already reached Level 170.

She added that the tournament will run from October until February next year.

The season will kick off with the Guild Ranking Infinity Tournament, in which the guilds will compete in one-on-one, three-on-three, and five-on-five battle actions.

The preliminary phase will run for the entirety of October and the first week of November, where the 50 best guilds from each of the three Cabal Mobile servers, Phoenix, Aquila, and Garuda, will face off.

The eight survivors from each server will then move on to the knockout stages running from the rest of November until mid-December.

The top team of each server will qualify for the GRIT finals, which will take place in early January, just as the new year commences.

The best team in the championship leg will move on to the grand finals with a PHP300,000 paycheck.

The second conference, the Guild Mission Festival, will serve as a wildcard event for those who failed to make it deep into the GRIT event.

The GMF is divided into two phases, the first leg happening just before Christmas, and the second leg taking place right after New Year's Day.

The top guild per server in the first leg will face off with the top guild of the second leg for the right to represent their server.

The server champs will then lock horns for the event championship and the second spot in the grand finals.

The final tournament of the season, the Nevareth District Wars, will pit four Filipino guilds from each server for another spot in the grand finals.

The first round will happen right during the holiday season, the playoffs will happen for the rest of January, and the finals will take place in early February.

Unlike the first two events, NDW will start with a game of luck.

The four chosen guilds per server will then face off for the right to represent their channel, and the best among the three remaining survivors will get a grand finals spot.

A separate NDW will happen among Vietnamese players, assuring that Vietnam will be represented too in the grand finals scheduled after Valentine's Day.

The Philippine and Vietnamese champs will each get PHP100,000.

Each competing guild must send a roster of 5-8 members (five active players and a max of three reserves) for the said events.

Each participant can only play one particular character class, but CM Cain clarified that it's the players' discretion on which character they can play.

"You're not required to play a certain character. You can choose from the eight character classes or battle styles (warrior, blader, wizard, force shielder, force archer, force blader, gladiator, and force gunner) as long as you don't repeat the same battle style for each team," he said.