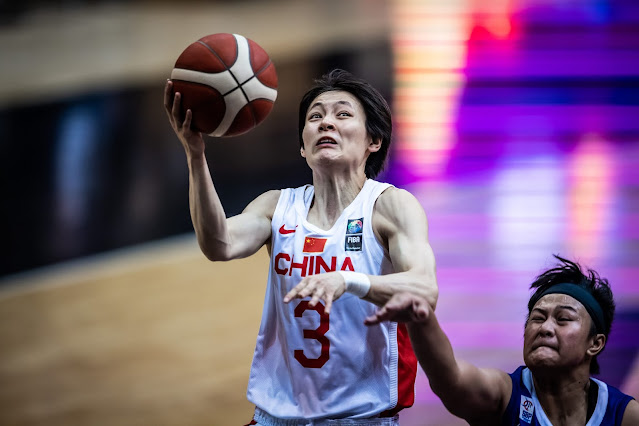 MANILA--China put on a scoring clinic on Monday night and romped the Gilas Pilipinas women's team, 143-53, on Day 1 of the FIBA Women's Asia Cup at the Prince Hamzah Sports Hall in Amman.

China broke loose late in the first quarter after Gilas somehow put up a gallant stand on them early on.

Although China would win in a wire-to-wire fashion, Gilas somehow kept the game close for the first six minutes of the game, trailing by just seven, 15-22, with 3:46 left in the first quarter.

But China finished the period with a 13-2 run and pulled away in the last three quarters.

Yang Liwei fired 21 points on 7-of-9 shooting including a perfect 6-for-6 from the two-point area, two rebounds, five assists, and five steals for China, which will next face neighboring Chinese Taipei on Tuesday night.