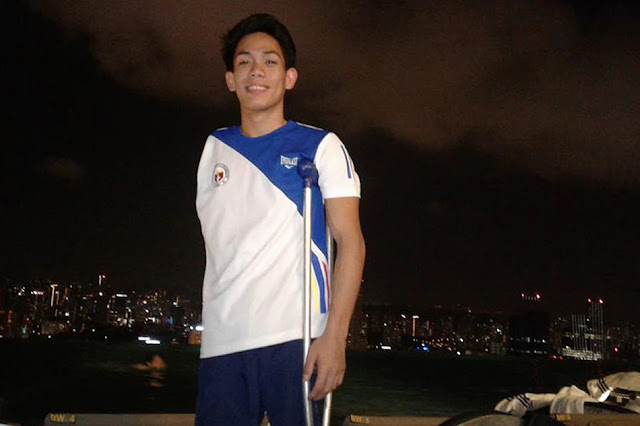 MANILA--Gary Bejino failed to land a spot in the medal race for the men's 100-meter backstroke S6 event of the Tokyo Paralympics.

Following the conclusion of the qualifying heats on Friday at the Tokyo Aquatic Centre, Bejino was way outside of the Top 8 cutoff for the final.

Competing at Heat 2, Bejino clocked in at one minute and 28.87 seconds, finishing last among seven swimmers.

After Heat 3 was played, Bejino ended up at the cellar of a list of 20 para-swimmers.

Bejino was seven seconds off the time of the last qualified finalist, David Sanchez of Spain.

Jia Hongguang of China headlines the finalists after clocking in the fastest at the heats with 1:14.15.

Completing the Final 8 are Matias De Andrade of Argentina, Dino Sinovcic of Croatia, Wang Jingang and Yang Hong of China, Thijs Van Hofweegen of the Netherlands, and Laurent Chardard of France.

Mangliwan will play in the final of the 100-meter wheelchair race at the Tokyo Olympic Stadium later Friday.

A third Filipino, para-taekwondo jin Allain Ganapin, was also scheduled to compete on Friday, but he was pulled out of the men's 54-75-kilogram event after testing positive for COVID-19.