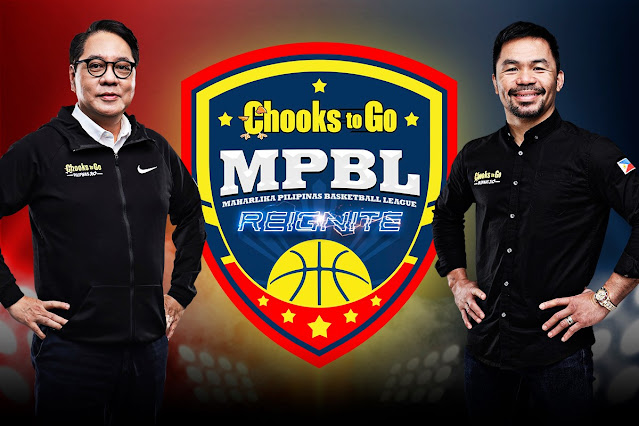 “I am elated to have this new partnership given that Chooks-to-Go is a very organized organization especially in basketball,” said Sen. Pacquiao.

“I saw the world-class event of their one-day invitational league in San Fernando and I was impressed,” he continued regarding the recently-concluded Chooks-to-Go Pilipinas 3x3 Invitational tournament the league held last Wednesday in San Fernando, Pampanga. “They are the only group in partnership with FIBA 3x3 in the country. With that, they basically know what they are doing.

“I am thankful to Kuya Ronald and I can only entrust the MPBL to Chooks-to-Go.”

Back in December 2019, Chooks-to-Go and the MPBL signed a five-year deal that saw the country’s largest roasted chicken retail business become the league’s title sponsor.

“Being a presidential candidate is no easy task and we understand the busy schedule of the senator,” said Mascariñas. “That is why we accepted the gargantuan responsibility to take over the full basketball operations of the MPBL. We will work hand in hand with Commissioner Kenneth [Duremdes] in this endeavor.”

The MPBL is currently in the early stages of holding an invitational tournament for its member teams to close out the year.

Chooks-to-Go is also planning to integrate its 3x3 basketball program with the MPBL.

Back in 2017, Pacquiao founded the MPBL, seeing the country’s need to have a regional men's semi-professional basketball league.

The league has held three tournaments, the Rajah, Datu, and Lakan tournaments.

This new development will not change the commitment of Chooks-to-Go in supporting regional professional leagues Pilipinas Vismin Super Cup and National Basketball League-Pilipinas as the company believes that these leagues are a step to level the playing field for players in the countryside to have the same opportunities in basketball as a source of livelihood.