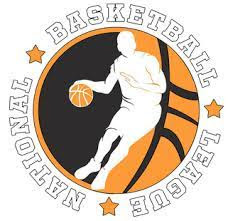 MANILA—Laguna snuck into the middle of the NBL standings after drubbing Mindoro, 106-87, on Saturday night at the Bren Z. Guiao Convention Center in San Fernando, Pampanga.

The Pistons stifled the Tamaraws in the first quarter, holding them to just 14 points, even as a 32-point second quarter set up their breakaway.

Mindoro somehow found its offensive rhythm going in the third quarter after tallying 32 points of its own, but Laguna put the finishing touches to its blowout by limiting Mindoro to just 17 points in the final canto.

Shinichi Manacsa led the Pistons, who finally notched their second win of the season after a four-game losing streak, with 24 points on 11-of-19 shooting, five rebounds, and six assists.

Disquitado even came close to a triple-double as he had nine points.

Kerr Bangeles put up 19 points, seven rebounds, five assists, one steal, and one block, while JJ Caspe made 13 points, 11 assists, nine rebounds, and two steals for the Tamaraws, who fell to 1-3.