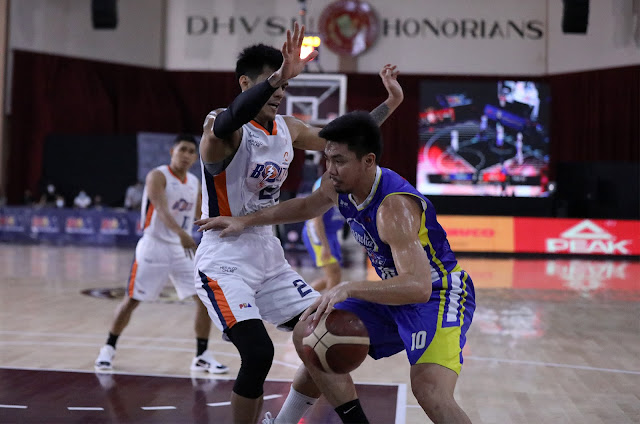 MANILA--The Magnolia Hotshots ended the PBA Philippine Cup semifinal series against the Meralco Bolts with a 93-85 Game 6 on Friday at the Don Honorio Ventura State University Gym in Bacolor, Pampanga.

Despite a hot start from the Bolts, the Hotshots slowly but surely took control of the ballgame the rest of the way as they booked the first seat in the final series.

Meralco started the game with an 11-0 run and eventually took a 27-20 lead at the end of the first quarter.

The Hotshots found their way back into the game in the second quarter, outscoring the Bolts, 24-13, to go up, 44-40, halfway into Game 6.

The Hotshots wasted no time in opening a double-digit advantage early in the second half, eventually upping their lead to as high as 11, 68-57, in the third quarter.

The Bolts did not give up and eventually cut their deficit to just 4, 68-72, at the end of the period.

Both teams stayed neck and neck for most of the fourth quarter, but crucial baskets down the stretch, including a layup from Mark Barroca and a floater from Jio Jalalon, sealed the win for Magnolia.

Ian Sanggalang finished the game with 19 points, 14 rebounds, 6 assists, and 2 steals to lead the Hotshots to their first finals appearance since they lost to San Miguel in the 2019 Philippine Cup Finals.

Raymond Almazan put up 16 points, 12 rebounds, 1 assist, 2 blocks, and 1 steal to lead the Bolts, who for the second straight year fell short of making the championship round of the all-Filipino tournament.

With reports from Carl Bautista and Ivan Saldajeno