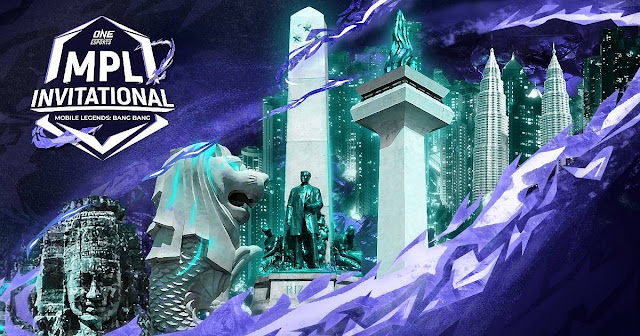 MANILA - Familiar faces and foes and local rivals, along with marquee matchups are booked up for the upcoming ONE Esports MPL Invitational 2021, which will be held from November 2 to 7.

20 of the best teams from MPL regions in Southeast Asia will figure out in a single-elimination bracket to determine the second champion of the MPLI, including all teams of MPL Indonesia, the playoff teams of MPL Philippines, top three teams of MPL Malaysia, the finalists of MPL Singapore, and the champions of MPL Cambodia,

Champion teams ONIC Esports, Blacklist International, EVOS SG, and Team SMG, were drafted in the quarterfinals and is given the benefit of drafting the 16 remaining teams.

ONIC Esports paired up two sibling rivalries between RSG Singapore and RSG Philippines, as well as AuraFire and Echo Philippines, the latter formerly known as Aura Philippines, in their bracket.

Team SMG, MPL Malaysia's champs, took out the second and third placers of MPL PH and ID in the so-called "bracket of death," pairing rivals EVOS Legends and RRQ Hoshi as well as ONIC Philippines and Smart Omega.

Blacklist International, MPL Philippines champions and the last pick of the draft, went on for MPL Cambodian champions SeeYouSoon versus Malaysian powerhouse Todak, and an all-Indonesian showdown between Bigetron Alpha and Geek Fam ID.