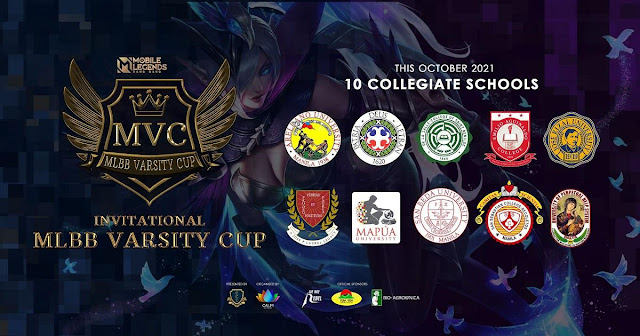 MANILA - With the ongoing Mobile Legends Varsity Cup (MVC) wrapping their exhibition round late in November, the Collegiate Center for Esports (CCE) opened up their plans for the forthcoming inaugural season of the intercollegiate competition.

Lao revealed that the MVC is a step towards the first season of the CCE as a collegiate esports league and will help future players and teams.

Both Lao and Chong expressed their desire to expand to more schools other than the 10-team National Collegiate Athletic Association, as well as to include more esports labels in the competition, as they secured first a partnership with Mobile Legends developer Moonton.

Both Chong and Lao stated that they are also open to expand the CCE to include female players and create a women’s division of the competition .

The Mobile Legends Varsity Cup is a 10-team tournament formed by members of the NCAA Men’s Basketball Teams, with players such as Fran Yu and Jeo Ambohot from Letran Knights, Kenneth Villapando from San Sebanstian Stags and Carlo Lim from College of Saint Benilde Blazers vying in for the top prize, with MVC concluding in a four-team playoff after a single round-robin later in November.