Bacolod rallies from 16 down, sneaks past Bacoor City

Bacolod rallies from 16 down, sneaks past Bacoor City 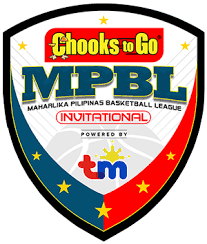 PASAY--Bacolod pulled off a huge comeback from 16 points down but still had to escape a wild ending to beat Bacoor City, 73-71, in Pool A play of the Chooks-to-Go MPBL Invitational at the Mall of Asia Arena on Saturday night.

Down 23-39 late in the second quarter, the All-Star Ballers suddenly turned the tides in the third quarter, outscoring the Strikers, 27-12 to turn a 31-43 halftime deficit to a 58-55 lead.

Bacolod would continue the rampage in the final frame, stretching its lead to as high as eight, 68-60, with less than six minutes left.

However, JK Casino completed a three-point play with 28.4 seconds to go that placed the Ballers back on top, 72-71.

They then forced Mark Doligon to a tough three-point attempt that did not even hit the rim.

Casino, however, kept the door open for the Strikers to at least force overtime as he only converted a split from the free-throw line for the two-point cushion with 6.8 seconds left.

Rocky Acidre missed a right-wing triple that could have won it for Bacoor City, but Bacolod failed to secure the rebound, leaving 1.6 seconds for Bacoor City to try its luck again.

Doligon had a chance to send the game to overtime, but his right elbow jumper missed the mark as time expired.

Ichie Altamirano led Bacolod, which joined Iloilo at the top of Pool A after Day 1 with identical 1-0 slates, with 12 points, five rebounds, one assist, and three steals off the bench.