NLEX zooms in 2nd half to pummel Terrafirma

NLEX zooms in 2nd half to pummel Terrafirma 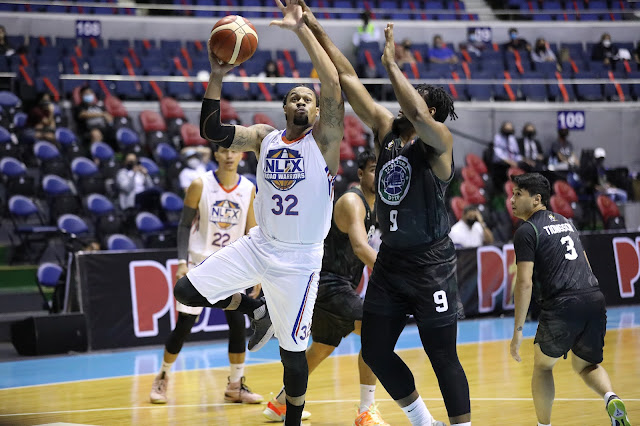 PASAY--NLEX blew by Terrafirma in the second half to score a 116-86 win in their PBA Governors' Cup match on Saturday at the Smart Araneta Coliseum in Quezon City.

The Road Warriors outscored the Dyip, 69-39, in the last two quarters to break out of a 47-all halftime deadlock and score their fourth win in a row in the season-ending conference.

Antonio Hester put up 27 markers, 11 boards, two dimes, and one swipe for Terrafirma, which fell to 1-3.