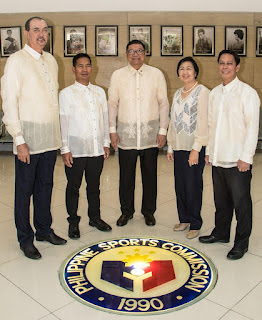 MANILA—The Philippine Sports Commission is sad and at the same time upset that a shooting incident marred a youth sports event in Marawi on Thursday.

The said event was a culminating activity for a Bangsamoro sports program that was taking place at the Mindanao State University campus there.

"The shooting incident in a sports event awarding ceremony in the Mindanao State University last December 2 was sad and tragic. It is something that we at the Philippine Sports Commission condemn, in the strongest possible terms," the PSC said on Monday.

According to a report by Edwin Fernandez of the Philippine News Agency, at least three men ganged up on 21-year-old student Aripodin Mamacuna inside the MSU campus.

Mamacuna still tried to evade his attackers, but they eventually caught him at the university's grandstand, where the sports event was happening.

Some people then attempted to help Mamacuna, but the attackers fired at them, causing the commotion.

Anwar Kiram and Mohaimen Maba were both hurt following the gunning incident.

"Sports events should be a gathering of sportsmen whose love for equality and peace are fostered through physical exercise and movement," the PSC further said.

Peacemakers eventually prevailed after a still unknown policeman, who was off-duty that time, hit at one of the suspects even as the Marawi police later arrested Macaraya Aramama, Banji Saripada, and Karim Saripada.

"PSC Chairman William Ramirez will coordinate with the council of elders in Marawi to avoid this type of incident from happening again, considering Marawi is one of the proposed areas for sports development," the PSC added.

Marawi is currently rebuilding after a short war between terrorist groups and the military took place there in 2017 and has been one of the cities being focused primarily by the PSC's Sports for Peace program.

"We have been advocating Sports for Peace, in our programs and have held countless events in the area of Mindanao, recognizing the positive impact of sports in our quest for peace," the PSC further said.

The PSC concluded by calling on everyone to remain vigilant from evil forces that could hamper youth sports.

"Let us not allow people with a penchant for violence mar the success of sports in the grassroots level. Let us all continue to be vigilant in our work for peace," the PSC further said.