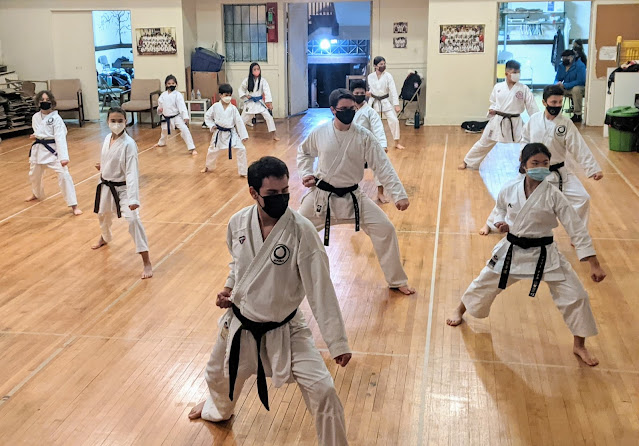 The younger member, Ichi Aquino won it all in her division, while her dad Dee won a silver in another category.

Ichi, a five-time international e-karate champion, took the gold in the female senior 18 and above division.

She tallied 25.67 points in the final, beating the representatives from Uzbekistan and South Africa for the top spot.

Dee, on the other hand, came just close to making it 2-for-2 in golds, scoring 25.32 points in the final for the men's 35 and above division.

An opponent of his from Sweden won it all after scoring 25.33 points, and the elder Aquino settled for the silver.

“It is a great honor that even though it’s the pandemic season, we still have a chance to join in the prestigious tournament and deliver accomplishments for our country,” Dee Aquino said.

The Aquinos were two of 629 karatekas from 12 countries who competed in the said event, which was played in a hybrid format, that is, some events were held face-to-face while others were played virtually.

Dee and Ichi, who also play in the Philippine Karate League are expected to compete in more virtual events this year even as the league, sanctioned by the Karate Pilipinas Sports Federation headed by Richard Lim, looks to strengthen its players as well as it celebrates its 28th year of existence this year.

“We will continue to practice and compete in different e-tournaments This is one way of developing our techniques and skills, and also to achieve our goal as inspiration for our youth,” Dee Aquino further said.

The PKL is setting up a tournament right on its 28th anniversary on June 4.