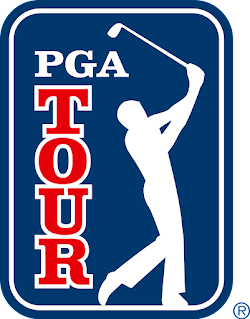 Fans will be able to watch their favorite players, enjoy the best live action from all the biggest events on the PGA Tour and follow countless storylines from over 30 tournaments. Live coverage begins when the PGA Tour tees off 2022 this week with the Sentry Tournament of Champions at the Kapalua Plantation Course in Hawaii (January 7-10, 2022, PH Time) with an $8 million purse.

The move follows a new agreement with Discovery under its long-term strategic alliance with the PGA Tour to collaborate on the optimization of its international rights and distribution.

“The PGA Tour and Discovery continue to look for opportunities to further grow the Tour’s international audience around the world. Partnerships with the best and most innovative broadcast partners are key in this regard, so we are particularly looking forward to live PGA TOUR action coming to the Philippines with Premier Sports 2 and TapGo,” said Thierry Pascal, Senior Vice President, International Media at the PGA Tour. “We look forward to providing more live coverage than ever before for all the passionate golf fans across the Philippines.”

Gonzalo “Bogie” De Guia, Chief Technology Officer of Tap DMV, said: “We are very excited to bring the Filipino golf fan regular live action of the best players and so many of the greatest tournaments in the world that the PGA TOUR offer. Our 2022 lineup for Premier Sports 2 and TapGo will feature the very best coverage from the PGA TOUR starting this weekend.  We can’t wait to get started.”

Highlights looking ahead to the PGA TOUR schedule in 2022 include several of the exciting changes in this year’s calendar including the Farmers Insurance Open concluding with a Saturday finish, the AT&T Pebble Beach Pro-Am and the Waste Management Phoenix Open switching spots in the calendar, the Genesis Scottish Open – for the first time – being co-sanctioned by the PGA Tour and DP World Tour with players from both tours earning FedExCup points and DP World Tour Ranking points at the tournament

Also, the World Golf Championships (WGC) will feature the WGC-Dell Technologies Match Play in March and the WGC-HSBC Champions in October.

Meanwhile, the FedEx St. Jude Championship will be the first of three FedExCup Playoffs events this summer, while the Mexico Open becomes a regular full-field fixture on the PGA TOUR schedule.

The PGA TOUR will make its first visit to the American State of Delaware with the BMW Championship played at Wilmington Country Club’s South Course.

The Presidents Cup will be played at Quail Hollow Club in Charlotte, N.C. which means the Wells Fargo Championship will be contested at the TPC Potomac at Avenel Farm in Maryland.

All these and more will be played right up to the season-ending FedExCup Playoffs in August.

Premier Sports 2 will be available with over 100 local cable providers, led by Cignal TV and SkyCable. For more information about the channel, log on to www.tapdmv.com.

Fans can subscribe to the PGA Tour on Tap Go for just PHP599.00/month through the Tap Go Premium Plus subscription package. To subscribe, fans can simply log on to www.tapgo.tv or download the Tap Go app on IOS and Android.