PVL, Cignal launch 'The Heart of Volleyball' campaign ahead of season opening

PVL, Cignal launch 'The Heart of Volleyball' campaign ahead of season opening 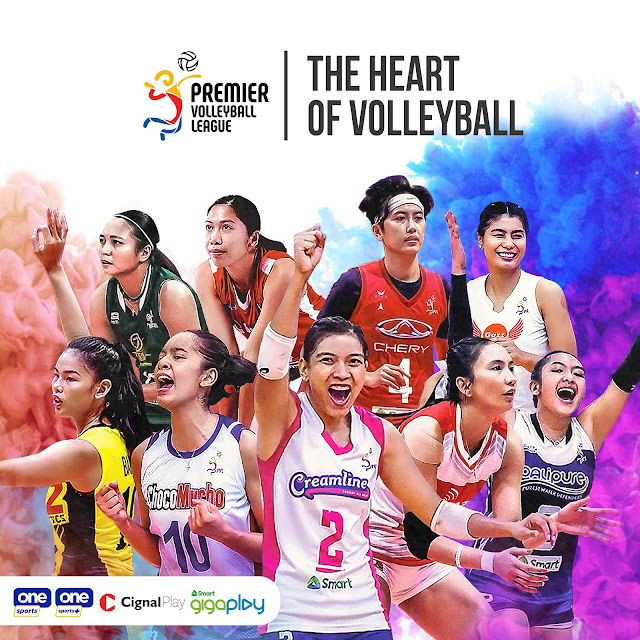 MANILA--The country’s finest women spikers will again showcase their skills in the only professional league in the country when the Premier Volleyball League (PVL) Open Conference hits home at the Paco Arena starting March 16.

The spotlight will be on this season’s campaign of the PVL “The Heart of Volleyball”, which was launched by its broadcast partner Cignal TV.

The current season’s campaign was inspired by how PVL is synonymous with Philippine volleyball, considered the home of the best local volleyball players in the country and a league followed by the most passionate fans.

The Heart of Volleyball will be seen across the multi-platform broadcast plan to be provided by Cignal TV together with Smart Communications Inc. making sure that all PVL action is seen by fans nationwide whether on TV, digital, streaming & social media.

The PVL games will be airing live on One Sports (Free to Air CH. 41 and Cignal CH. 6) and One Sports+ (Cignal Ch. 91 SD, CH. 261 HD), with both channels also available on Cignal’s OTT Platform, Cignal Play, with video on demand also available on the platform.

The live stream of the games will also be accessible on Smart GigaPlay, a platform exclusive for Smart subscribers.

“We are honored to bring the PVL games to volleyball fans across the country. The PVL as the Heart of Volleyball – a league rooted in excellence and skill – has a passionate and tight-knit community showcasing a remarkable and inspiring sisterhood in both victory and defeat. Cignal TV strives to bring the best of the PVL action right in the comfort of our viewers’ homes, giving them front row access to enjoy the heart-pounding games played by their volleyball idols,” shared Cignal president and CEO Robert P. Galang.

"We are glad to have Cignal as our television partner for another season of the Premier Volleyball League. Not only were we happy with the metrics from the past Open Conference but also the outputs of their team to give world-class coverage of our games. We are looking forward to another memorable season with them that, hopefully, all our fans will enjoy," shared Premier Volleyball League president Ricky Palou.