UAAP games to be streamed live via Smart GigaPlay

UAAP games to be streamed live via Smart GigaPlay 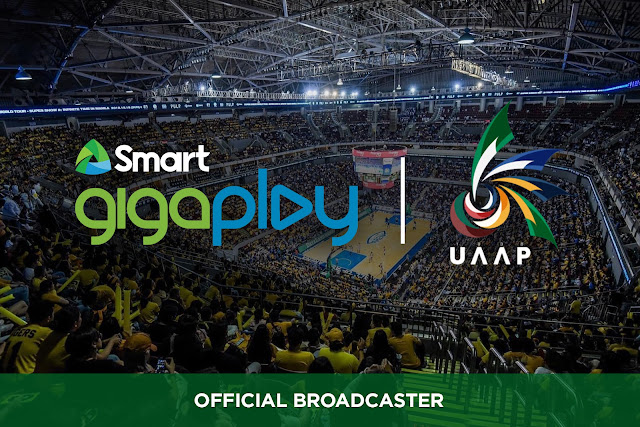 MANILA--Looking to watch the UAAP games live but you're outside your home? No need to worry.

While fans will not be allowed in the venues for now, Smart Communications, Inc., the official UAAP partner and digital broadcaster will stream the games live exclusively on the GigaPlay app for free – with no data charges – during a limited period only.

As part of its thrust to enable the youth to pursue their passions while living the life that they love, Smart Prepaid makes it easier for students to follow the action-packed games while rooting for their favorite teams and players, reigniting their school spirit made possible by the GigaPlay app.

The games are scheduled on Tuesdays, Thursdays, and Saturdays and will follow a quadruple-header format with scheduled tip-off times at 10 a.m., 1 p.m., 4 p.m., and 7 p.m. All eight university teams will see action on each play date.

The tournament will continue to follow the two elimination round-format and hold the Final Four showdowns and best-of-three final series.

The UAAP, though, will reassess its restrictions of welcoming fans to the venues after the first elimination round of basketball.

But the league does not end with basketball as the women’s volleyball tournament will follow in May and potentially hold the cheer dance competition that will be exclusively streamed on GigaPlay for free as well.

To enjoy free streaming on GigaPlay, Smart subscribers can download GigaPlay on the Apple App Store or Google Play Store, set up an account, and watch their preferred game on the GigaPlay content lineup while connected to Smart mobile data or PLDT Home WiFi without worrying about data charges.