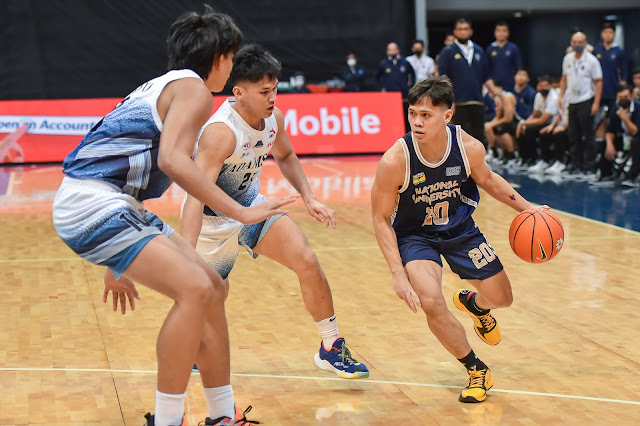 PASAY CITY, Philippines - NU Bulldogs new era under the former King Bulldog Jeff Napa's system has a good start that led to a 71-69 win against the AdU Soaring Falcons.

NU Bulldogs rookie Ernest Felicilda going against the big man of the Falcons.

Soaring Falcon Jerom Lastimosa's three point basket made the Falcons led the scoreboard against the Bulldogs.

One and done player Ricky Peromingan missed the free throw that could force an overtime.

Bulldogs rookie Ernest Felicilda with 14 points, 4 rebounds, 4 assists and 2 steals that contribute for the Bulldogs win.

Soaring Falcon rookie Didat Hanapi made a good debut at their first game against the Bulldogs with 20 points and 5 rebounds.

NU Bulldogs will try to stretch their winning streak as they go against the DLSU Green Archers while the AdU Soaring Falcons will fight against the UE Red Warriors. Both games will be on Tuesday, March 29 at the Mall of Asia Arena.