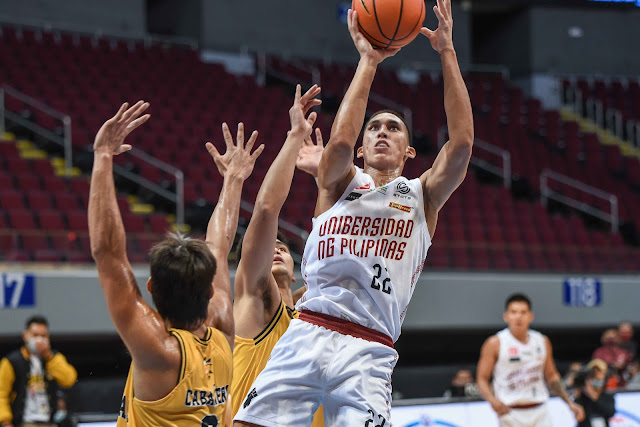 MANILA, Philippines - UP Fighting Maroons finally bounce back as they beat the UST Growling Tigers that led to their first win, 98-82, Tuesday night at the Mall of Asia Arena.

Miguel Pangilinan's first appearance at the UAAP S84 as a Growling Tiger, chipped in 13 points. Sherwin Concepcion and Joshua Fontanilla both chipped in 19 and 17 points, respectively.

UP Fighting Maroons (1-1) will face the Adamson Soaring Falcons (1-1) while the UST Growling Tigers will try to gain a win as they will face the UE Red Warriors (0-2). Both games are on Thursday, March 31, still at the Mall of Asia Arena.