UAAP S84: Adamson gets back at FEU with rookie Matty Erolon winning basket

UAAP S84: Adamson gets back at FEU with rookie Matty Erolon winning basket 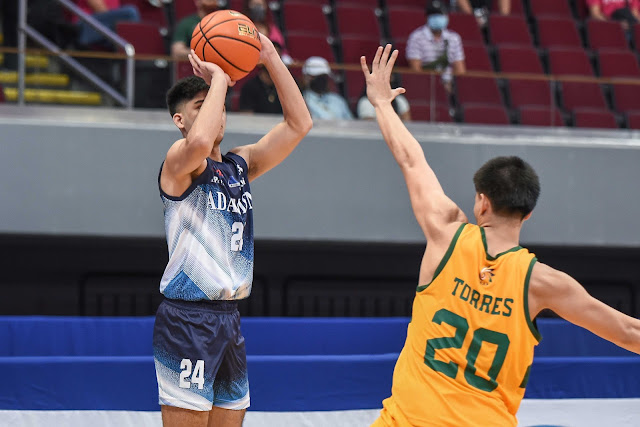 MANILA, Philippines — Adamson’s drought was finally over as they get back at the FEU Tamaraws with 64-63 win, Tuesday afternoon at the Mall of Asia Arena.

Jerom Lastimosa soars as he chipped in 17 points, 8 rebounds, two assists and a block that led to the Falcons win. Cedrick Manzano also chipped in 14 points, four rebounds and a block. Falcons played without Lenda Douanga due to an ankle injury, but still gain a win for today’s game.

LJay Gonzales led the charge for the Tamaraws with 20 points, five rebounds, and four assists while Rj Abarrientos and Emman Ojuola both chipped in 15 and 13 points for this game.

Adamson Soaring Falcons will face the NU Bulldogs while the FEU Tamaraws will face the UP Fighting Maroons. Both games are on Tuesday, April 19 at the Mall of Asia Arena.