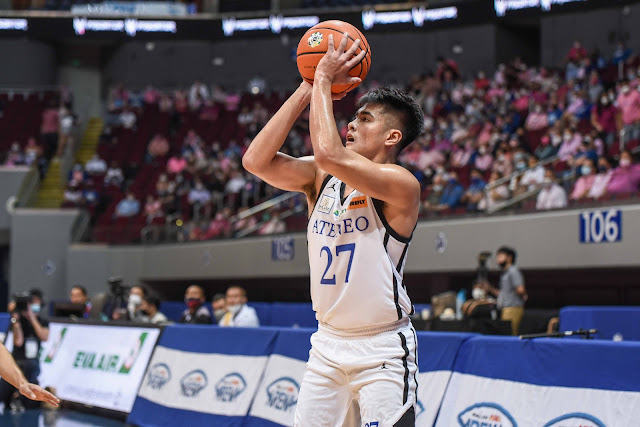 MANILA,Philippines — Ateneo still stay strong and remains undefeated at the Battle of the Rivals at the second round of the UAAP S84, with 75-68 win, Tuesday evening at the Mall of Asia Arena.

Kurt Lojera led the Green Archers with 21 points. Evan Nelle chipped in 20 points but still not enough to beat their rival Ateneo.

With the Blue Eagles win, Ateneo still remains undefeated with 8-0 while La Salle falls at 5-3.

Ateneo will face the UE Red Warriors while La Salle will try to bounceback as they will face the UST Growling Tigers. Both games are on Tuesday, April 19 at the Mall of Asia Arena.