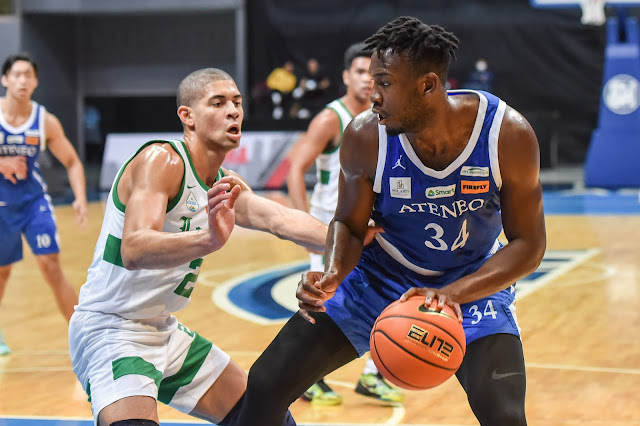 MANILA, Philippines — Ateneo dominates the first game of the Battle of the Rivals, as they beat La Salle, with 74-57 win, Saturday night at the Mall of Asia Arena.

Michael Philipps led the Green Archers with 13 points. Mark Nonoy and Evan Nelle both chipped in 12 and 10 points for the rivalry game but still not enough for the Archers win.

With the Blue Eagles win, they are the only team that still remain undefeated at the UAAP.

Ateneo Blue Eagles will next face the NU Bulldogs while the DLSU Green Archers will face the UST Growling Tigers. Both games are on Tuesday, April 2, at the Mall of Asia Arena.

Fans are now allowed at the Mall of Asia Arena to watch the games live, starting at Tuesday, April 2. Tickets are available at the SM Tickets.