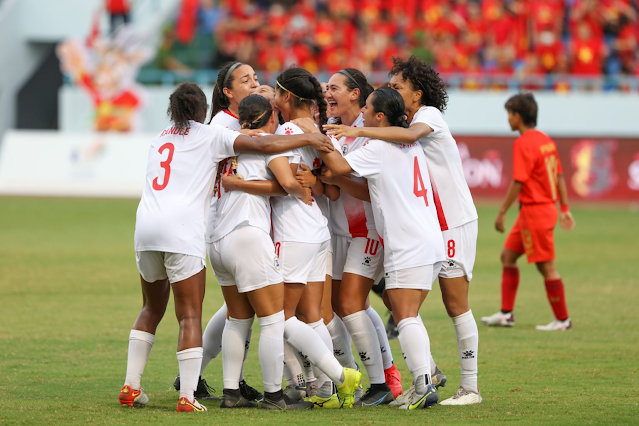 MANILA - The Filipinas will meet once again their rivals during the 2022 AFC Women's Asian Cup and the recently concluded 31st Southeast Asian Games, this time at the battle for supremacy being the Queen of Southeast Asia in the approaching AFF Women's Champion this August to be held at Binan Stadium and Imus Grandstand.

The fresh podium finishers in SEA Games Women's Football will meet again Thailand, which they were being clobbered in the semifinals of the tournament, Indonesia, Singapore, Malaysia, and Australia that coming back for this edition after their 14-year hiatus since their 2008 edition appearance - all classified in Group A in the Group Draw happened Saturday afternoon.

While the gold medalist and the defending champions, Vietnam will settle to Myanmar, Laos, Cambodia, and Timor Leste - all resided to Group B.

The 2023 World Cup debutant finished 4th in the 2019 edition after a narrowed 3-0 defeat vs. Myanmar in the Battle for 3rd placer.