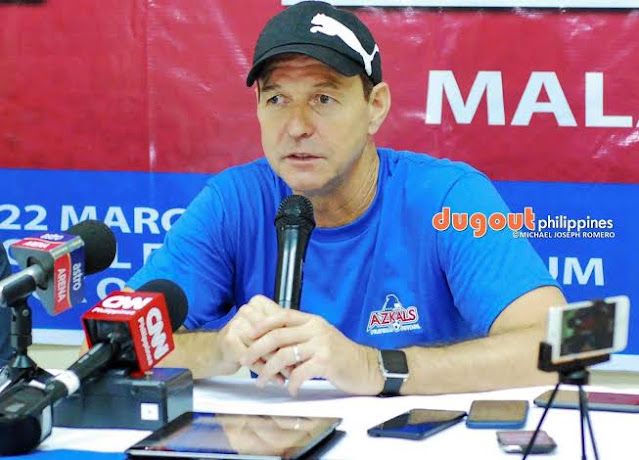 MANILA - Looming from the blind items and rumors, Thomas Dooley broke his silence as he confirmed through his Facebook post, and verified by the Philippine Football Federation (PFF), that he will handle the men's national football team as they target for another Asian Cup appearance.

The comeback of Dooley started with his convincing answer to the questions that already been asking amid to Scott Cooper resignation, "Yes, I'm back and can't wait to get started. We will change direction we have been going for the last 4 years".

The former US Soccer defensive midfielder manhandled the Azkals' brilliant highlights in 2010s including the historic runner-up finish in 2014 AFC Challenge Cup and the debut of the Philippines in 2019 Asian Cup in a 2-1 winning vs. Tajikistan last 2018.

After that famous win that put the Philippines appeared on the map of Asian football, his contract was not renewed after been succeeded by Terry Butcher on 2018.

Under his coaching, the current captain Stephan Shrock and retired Dennis Cagara were resigned to play for the national team due to tensions and cohesions.

"I am honored to coach our beloved team again. Players will be honored to wear this jersey with pride. Not just talking about it, showing it ON THE FIELD. We will take the success back to where we left off together, 4 years ago. I know it's easier said than done. It will be difficult, but we will make it. We will fight, we will play football and we will win again. So let's start together to help the Philippines Men's National Team succeed.", he added.