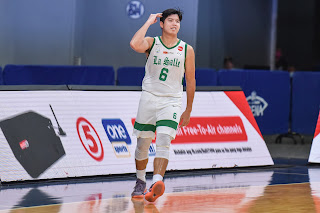 MANILA, Philippines — DLSU Green Archers hands on the FEU Tamaraws the final four spot, as they defeat the NU Bulldogs with 76-65 win, Sunday evening at the Mall of Asia Arena.

With the DLSU Green Archers win, Bulldogs are now out of the final four contention and FEU officially enters the Final Four.

Joaqui Manuel career high led the Green Archers with 20 points, 6/14 field goals, five rebounds, one steal and a block. Michael Phillips and Kurt Lojera both chipped in 15 and 11 points for the Archers win.

John Figueroa and Mike Malonzo led the Bulldogs with 20 and 13 points but still not enough to force a final four playoffs for the Bulldogs.