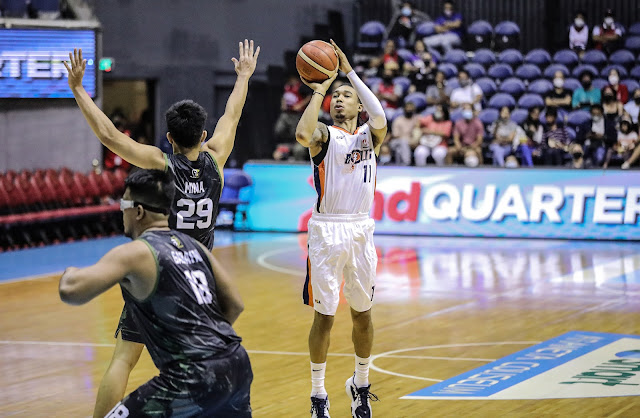 MANILA—Meralco assured itself of finishing inside the Top 6 ahead of the PBA Philippine Cup quarterfinals after trouncing Terrafirma, 105-89, in their final elimination round assignment on Thursday night at the Smart Araneta Coliseum in Quezon City.

The Bolts exerted their strength over the Dyip early on, racing to a 27-16 lead at the end of the first quarter.

Meralco appeared to have maintained control of the game until Terrafirma, looking to prevent getting shut out completely this conference, somehow made a little threat in the second half to draw to within eight, the last at 67-75 early in the fourth quarter.

However, the Bolts were just too much for the Dyip in the end as they keep on weathering their opponents' rallies with runs of their own.

Chris Newsome made 19 points, six rebounds, five assists, and one steal for Meralco, which finished the elimination round at 7-4.

Aldrech Ramos finished with 24 points, six rebounds, and one block for Terrafirma, which is leaving the tournament with a dismal 0-11 record.