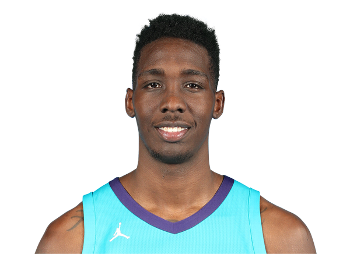 MANILA—Meralco may still be playing in the PBA Philippine Cup, but it has already made a move for the Commissioner's Cup.

The Bolts announced on Saturday that they have tapped Johnny O'Bryant to be their foreign reinforcement for the mid-season conference, which will start next month.

The 29-year-old power forward is listed at 6'9", easily making the 6'10" height limit for Commissioner's Cup imports.

O'Bryant was a second round pick in the 2014 NBA Draft and played for five seasons, having stops in Milwaukee, Denver, and Charlotte with a stint for Northern Arizona in the NBA G-League in between.

However, he starred for Maccabi Tel Aviv when he decided to take his talents overseas, helping the team win the Ligat Winner Sal title in 2019.

He also played for Red Star Belgrade, contributing to its own championship run in last year's Radivoj Korac Cup.

He last signed up for Wonju in the KBL during the previous season.

Meralco team manager Paolo Trillo hopes that O'Bryant will help continue the club's improvement even as the team is still in the thick of things for the Philippine Cup title.

“Every conference is a chance for us to get better as a team. We look forward to continuing the gains the Bolts have made in recent years as we work towards our first championship,” Trillo said.