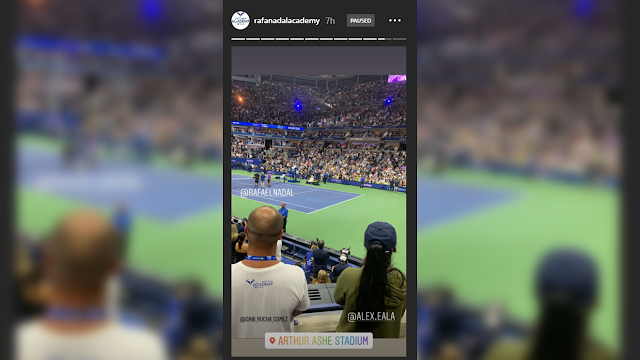 MANILA--Alex Eala's star shined brighter on Tuesday (Manila time) as she was given the chance to sit within current ATP singles world number two Rafael Nadal's player's box during the latter's Round of 16 match against Croatian Marin Cilic at Flushing Meadows.

The moment was featured in Rafa Nadal Academy's Instagram story.

Eala, who is currently enrolled as a scholar at the said tennis school in Mallorca, Spain, was fresh from her juniors' girls singles first round victory against Annerly Poulos of Australia that day which earned her a spot in the second round of the tournament.

The 14-year-old Filipina will next face Thailand's Mai Napatt Nirundorn after eighth seed Hurricane Tyra Black retired in their own first round encounter.