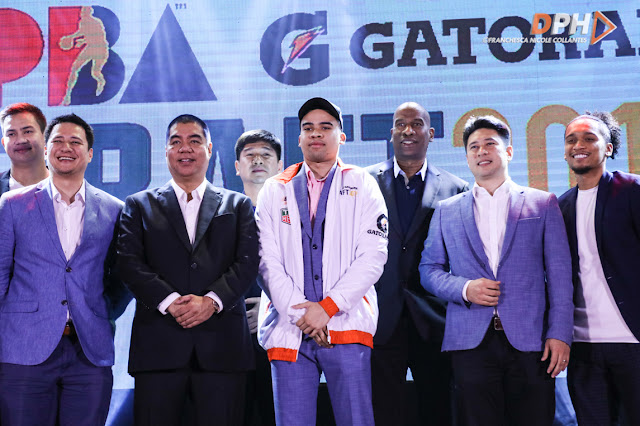 MANILA—Meralco made a huge statement when it was finally its turn to select in the PBA Draft at the Robinson's Place Manila Atrium on Sunday.

With no first round selection, the Bolts only made their first draft pick in the next round, and they used it on no less than Head Coach Norman Black's son Aaron.

In a reunion of sorts, Black, arguably the best import to ever play in the Philippine top flight league, will now be coaching his son, who opted to forego his final year with Ateneo—and a chance to take a three-peat—and bolstered his draft stock by playing in the PBA D-League with AMA and in the MPBL with Quezon City and Zamboanga.

A good bunch of MPBL standouts were actually chosen in the second round.

Blackwater used its second rounder on former Iloilo United Royal Richard Escoto, while NLEX selected former Cebu Shark Will McAloney to join another ex-MPBL star in former San Juan Knight Mike Ayonayon, who was selected in the first round of the regular draft.

Ginebra capped the MPBL invasion of Round 2 by taking Manila Stars signee Kent Salado, but this selection could be met with potential controversy as Manila hinted at taking legal action due to Salado allegedly not honoring his contract with the capital side.

Earlier in the second round, the Barangay did not waste time in taking Jerrick Balanza, who was surprisingly snubbed in the first round.

The Aces, who actually have two second rounders, used their other pick in Lyceum's Jaycee Marcelino.

The Road Warriors likewise also had two Round 2 selections, and they used their second pick on AC Soberano. The Elasto Painters then used its other second round pick on Wendell Comboy.

Magnolia chose Yankee Haruna with its second rounder, while NorthPort ended the second round by drafting Renzo Subido.