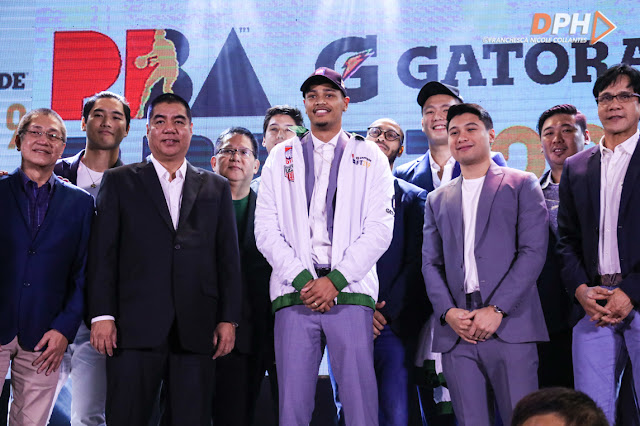 MANILA—Roosevelt Adams led the cast of the players who were chosen in the first round of the regular PBA Draft at the Robinson's Place Manila Atrium on Sunday.

In what would count as a continuation of the real Round 1, Adams, who is well known for his stints with Mighty Sports in the Dubai International Basketball Tournament, was selected by Columbian as the first pick of the regular draft or essentially the sixth overall pick if you will count the special Gilas Cadets draft headlined by Isaac Go.

NorthPort finally barged its way through the draft and selected Sean Manganti with the eighth regular pick.

Magnolia then used its first round pick for former Manila Star Aris Dionisio, while Ginebra somehow stunned its fans by taking former Batangas City Athletic Arvin Tolentino with its own first rounder.